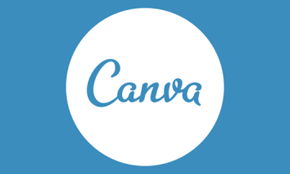 Canva is an online graphic design platform that is disrupting the world of Do-it-Yourself design and artistic creation. As such, it is valued at more than $40 billion, making it one of the world’s most valuable startups, and investors eagerly anticipate a potential IPO.

The company’s management has remained coy about its intentions to go public. Still, its recent $200 million funding round suggests the company is almost ready to conquer the public markets.

Why is Canva so richly valued, and what is its estimated share price?

In the last year, Canva’s valuation rose from $15 billion to $40 billion – a whopping 166% increase. This number is justified by Canva’s phenomenal growth: its freemium software is used by more than 60 million users every month, of which 500,000 are paid users, including Fortune 500 companies such as American Airlines, Intel, and Zoom.

With nearly $1 billion in 2021 annual revenue – a 100% increase over 2020 – the company is valued at 40 times its earnings, which is considered high. To provide some context, American-Australian software provider, Atlassian went public in 2015 with an earning multiple of just 20. Earlier this year, Wise IPOed on the LSE with a multiple of 26.

For example, data analytics firm Snowflake went public in 2020 with a revenue multiple of 66. Since the IPO, the stock price has moved even higher. Evidently, astronomical earning multiples no longer frighten investors interested in high-flying tech stocks.

Despite the recent software IPO frenzy, analysts are adopting a more cautious tone going forward. Indeed, concerns over inflation, lower-than-expected economic growth and geopolitical uncertainty are rocking the markets. Thus, Canva may have to lower its expectations if it were to go public this year.

However, Canva’s management is seemingly in no rush to precipitate its IPO plans.

The company’s management has repeatedly declared that its financial situation is healthy and stable. In fact, they claim that Canva is cash generative and that the “vast majority” of the funds raised in recent rounds are “still available” should the company wish to invest in growth.

Clearly, Canva is not desperate for cash.

It is difficult to determine the exact value of a private company’s share price. Indeed, since the financials are not disclosed to the public, analysts can only base their calculations on the latest valuations.

At writing, Canva is valued at roughly $40 billion, and a potential listing would make it one of the hottest IPOs in Australian history, alongside the likes of Telstra Corporation, Woolworths Group and Wesfarmers Ltd.