Is a SpaceX buyout of Boston Dynamics possible? 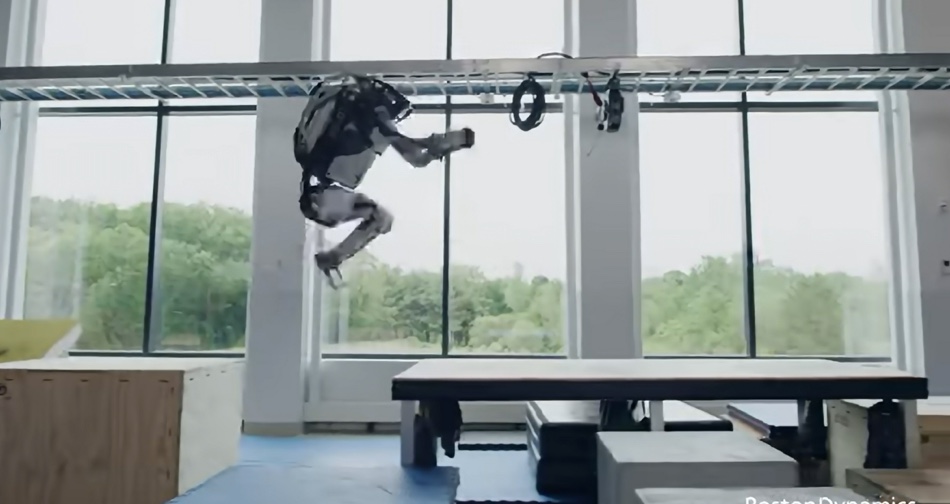 If you think of modern robotics, it's highly likely that a Boston Dynamics robot will come to mind.  They’ve catapulted themselves to be in front of mind thanks to viral videos of their humanoid robots performing remarkable feats of dexterity and pseudo-intelligence.  They have pushed the boundaries of what’s possible and continue to create products that are slowly moving their way into mainstream production.

One company that is paying very close attention to them is SpaceX.  For space-related activities, robots play a crucial role in performing manoeuvres and actions where it would be too dangerous or difficult for humans to do.  As such, Boston Dynamics seems to be a natural target for a company like SpaceX.  The question is, will such a buyout happen?

The impact of the Tesla Bot

What makes this proposition such an interesting one is the fact that just a couple of months earlier, Elon Musk had announced that Tesla (SpaceX’s sister company) had begun work on a humanoid robot called Tesla Optimus.  The goal was to create a robot that was capable of performing general tasks – in a similar vein to what the Boston Dynamics team is trying to create.  The robot will run on the same AI foundation that powers their autonomous cars and the company believes they can start producing the robots as early as Q1 2023.

Across the industry, this announcement was greeted with scepticism and seen as just another one of Elon Musk’s over-ambitious predictions.  But if the company were to bring the skills, experience, and track record of Boston Dynamics on board – that could change everything.

Why does SpaceX need Boston Dynamics?

Pivoting back to SpaceX, it seems clear that there are much stronger applications for robotics than at Tesla.  Let’s look at the applications in two different contexts:

With these applications in mind, it makes a lot of sense for SpaceX to bring the Boston Dynamics capabilities in-house and leverage their expertise in a more focused way.  Elon Musk has shown a propensity for aggressive vertical integration in the past, so this wouldn’t be out of the question as a potential acquisition.

The other side of this equation is understanding whether Boston Dynamics would actually be open to a buyout offer.  Back in 2021, the company sold a controlling interest to Hyundai which valued the company at $1.1bn, on the back of successfully commercializing two products and bringing them to the market proper.  As such, it’s unclear whether Hyundai would be open to selling after only a year or so in control.

It's also worth considering that Hyundai might see an acquisition offer as a veiled attempt to gather more competitive advantage for Tesla, a direct competitor.  However, if the price is right – you can never rule anything out.

What might be a key factor in getting such a deal done would be the emotive qualities of what the robots might be able to do for space exploration if they could be leveraged in this way.  Musk’s goal is to make our species interplanetary by creating a fully self-sustaining colony on Mars, and being a part of that future would be a very compelling proposition for a research company that has always prided itself on being on the cutting edge.

As with many of Musk’s propositions, the ambition, and scale of what he’s trying to achieve tends to attract people and technology that wants to go along for the ride.  Boston Dynamics is a natural extension of this and seems that it would fit seamlessly into the SpaceX mission – making a significant contribution to the future of our species as a result.

This is to say that while a buyout is unlikely at this stage, it is certainly not out of the question.  We’ll have to watch this space to see if Musk’s charm, influence, and ambition can persuade the most important robotics company in the world to jump ship.