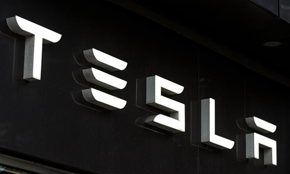 This $766 to $1081 is a 41% increase that puts the company at a market capitalization of $1.1 trillion. Yes, Trillion. The question arises whether or not the Elon Musk automaker is worth $1.1 Trillion. Trigger warning: I will upset several Musk fanboys with the next short sentence.

If we look at Tesla's 2021 revenues, we see that they sold $53 billion. Through the magic of accounting, Tesla was able to put 10% of that revenue into its net income line. This means that they have a current Price to Earnings (P/E) ratio of nearly 221, and their Price to Sales (P/S) is 20.08.

Tesla's stock continues to rise against wave after wave of bearish remarks, mainly assuming that Musk would be unable to do what he has continued to do. However, only about 3% of the shares are held short. Tipranks.com has 15 of 26 analysts saying that Tesla is a "buy", which is only down from 16 a month ago.

This is exactly why I would say that you should stay away from Tesla. Going against the tide is usually a good strategy.

Is Tesla the future?

The main argument you hear is that "Tesla is the future!!! Their sales will grow." They consistently bank on the sale of a new vehicle to be proof of the company's potential. We are now coming up on the tenth anniversary of the first model S, which was to show that they could make a viable car, and the 5th anniversary of the first model 3s to show they could sell an affordable car

All sales data is courtesy of goodcarbadcar.net.

After ten years of sales, Tesla has garnered 2% of the U.S. market share.

Since 2019, we have heard about the Cyber Truck being the next version of "proof" of viability, but Tesla just announced another delivery delay until 2023.

Musk says that Tesla is a technology company, but it is only making cars. They are trying to deal with chip shortages and increased battery needs, and because of this, they have ongoing problems due to supply chain issues. The war in Ukraine and the continuing pandemic have been disruptive, and they are unhealthy for both economies and people. There will be something new that will cause future problems as well, and Tesla has been particularly bad about its production capabilities and moving back delivery dates, not just the Cyber Truck but now the Model Y too, the proof that they can sell SUVs.

Tesla is not going to fail because of Elon Musk's Twitter posts, a probe of Tesla shorts by the U.S. Justice Department or the Whitehouse ignoring Tesla, but rather because of fundamentals. Scaling up production is not easy, especially in the automotive industry, and after the first round of scaling.

Both small and big car manufacturers are also starting to get into the electric car business, providing real competition to Tesla. Lucid and Rivian are now delivering electric cars that are direct competitors to Tesla, and even Big Blue, Ford, is providing compelling all-electric vehicles. Internationally, Volkswagen is getting in on the all-electric bandwagon. At the same time, Chinese companies have reached a point where they no longer need the same level of government aid they once had.

To justify Tesla's current valuation, it will need to sell more cars than General Motors or Ford in the next few years

Opening the German Tesla plant will help; however, a continued 83% growth of car deliveries will be required to ensure that this valuation makes sense, which is unlikely to happen.

Not just cars justify the price!!!!

There is still a belief that the other parts of Tesla will be what saves it, and this is why even "Smart Money", like Canada's pension fund, has been buying. The argument is that Tesla will be the next Apple. The argument is that Tesla's software, insurance, electricity (including solar), and other services multiply the value of every unit of sales. However, nearly 90% of their revenue is still from car sales. Tesla is not "selling" solar; its battery storage revenues fell by 38% year over year in Q4 2021.

We will see a limit as the current stock price assumes a continuous 85% annual growth rate while other car manufacturers bring their competition to the market. Tesla is not a bad company. I think their driverless tech that does not use lidar will be the industry standard and will be licensed to many other makers, but they cannot grow fast enough to justify the current price. Tesla will have to increase its top line by 50% annually, which is not easy.

The promised future that Tesla dreamed up over ten years ago has not come to fruition, and Musk's focus is shifting to other projects (Doge, SpaceX). If we say that the stock is worth ten times revenue, or profit can double and have a share value 30 times that (currently priced at 3.7 times that), you are still looking at a considerable decline.

Those looking for continued growth may be better off in software or cloud services with better scale potential than electric autos.