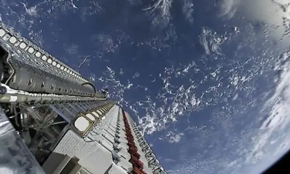 Starlink recently made headlines when Elon Musk declared that he sent a truckload of Starlink antennas to Ukraine to help the country stay connected to the internet during the ongoing resistance against the Russian invasion.

Due to the incredible success of Tesla, the world leader in electric vehicles, investors are keeping a watchful eye on any Musk-related business that could go public.

Elon Musk recently caused a frenzy when he stated that Starlink would go public when its cash flow became more predictable. Musk also said that Tesla shareholders might get priority in stock allocation from the Starlink IPO.

While Starlink may not generate stable and predictable cash flow for a few years, interest in its potential IPO is growing. Any news regarding a potential listing is heavily discussed and commented on. As such, it is essential to reveal the available facts to help investors gain insight into the company's expected valuation.

Starlink is a company that provides high-speed Internet access to more than 10,000 users across 11 countries, including the UK, Australia, Greece, and Germany. The project is composed of the "Starlink constellation", which is a vast network of interlinked satellites. At present, Starlink has 1,500 active satellites and plans to launch thousands more in the coming years.

The company's objective is to provide high-speed internet access to all the world's inhabitants – especially those living in remote areas where traditional operators don't provide service.

In October 2021, SpaceX's valuation crossed $100 billion following a secondary share sale by insiders. The $755 million sale priced the company's stock at $560 a share. In June 2020, Morgan Stanley claimed that Starlink was worth $42 billion. Just a few months later, that valuation was revised and rose to $70 billion. By the time Starlink goes public, its valuation could reach $100 billion or more.

While these forward-looking billion valuations rely on Starlink reaching more than 360 million customers worldwide. Forbes' analysts believe that Starlink will generate considerable ROI, as they are poised to capture 2.3% of all new internet users by 2025, by its strategy to focus on remote areas that are historically starved of internet access.

In light of these facts, Musk has stated that Starlink has the potential to generate up to $50 billion in yearly revenues. As expected, investors are eager to know more about a potential IPO.

Considering that Starlink is currently valued at more than $70 billion, it represents more than two-thirds of SpaceX's total valuation. Since SpaceX shares were priced at $560 just a few months ago, we can reasonably say that Starlink's own share price could be somewhere in the region of $350-$370.

How to buy Starlink stock

At present, Starlink is a subsidiary of SpaceX and company outsiders cannot buy the stock.

When Starlink files for an IPO, investors can buy its stock just like any publicly listed security. However, investors interested in buying shares before the IPO should get in touch with specialised brokers who offer the possibility of purchasing pre-IPO shares of private companies.