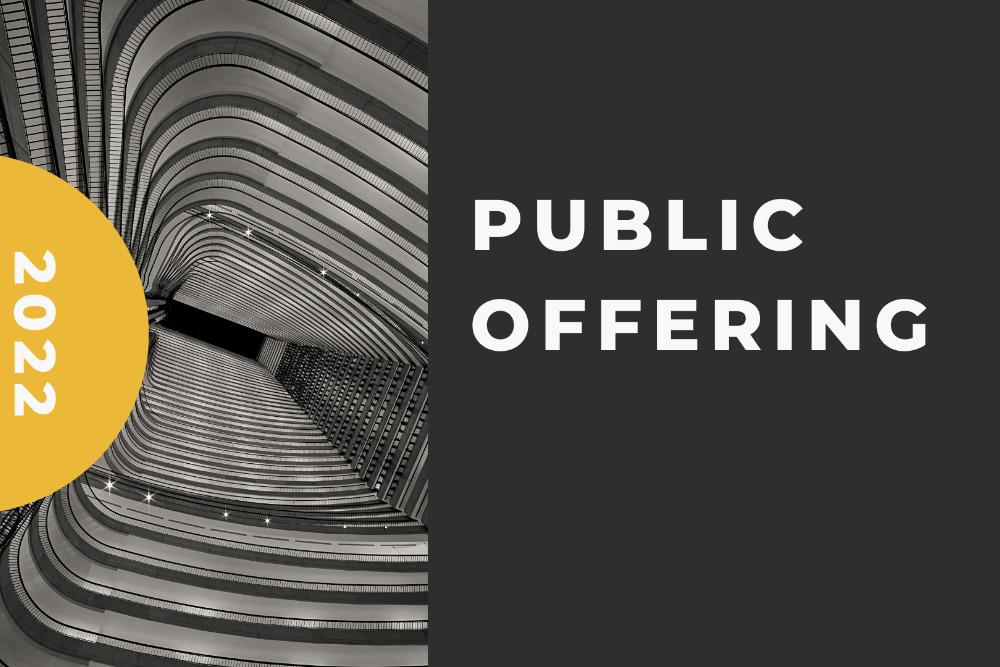 Circle is a financial services company that started out as a platform for Bitcoin payments. Soon after, the company started to handle cryptocurrency exchanges and issued its own stablecoin, USDC. With the increasing popularity of the USDC, Circle IPO is highly anticipated.

Circle was planning to go public via a special purpose acquisition company (SPAC) with Concord Acquisition Corp. However, they pushed the date back for allegedly uncontrollable reasons. That said, Circle will likely go public by the end of 2022.

Below, you’ll find what you need to know about Circle IPO.

In 2013, Sean Neville and Jeremy Allaire founded the blockchain financial company, Circle. By issuing its USDC stablecoin, the company has become a significant asset to the crypto market.

By 2019, Circle started to scale back and focus more on its USDC stablecoin. Thus, after its huge funding round in 2021 with $440 million, the company began to raise speculations about its IPO. This led Circle to announce its intention to file for an IPO through a SPAC merger.

A SPAC listing is a bit different from an ordinary IPO listing. That’s because the process forces the acquiring blank-check company to go public before the other company follows.

Now, the company intends to go public through an updated SPAC agreement with Concord Acquisition Corp. Plus, Circle also hopes to become a chartered national bank.

Here are a few insights about Circle IPO:

Jeremy Allaire, CEO and co-founder, declared that Circle was ready for listing as a public company at the beginning of 2022. However, he further clarified that the Securities and Exchange Commission (SEC) is taking longer than expected to issue the necessary approvals.

Although the matter is now in the hands of the SEC, Circle is expected to become publicly listed in Q4 2022.

Circle’s initial SPAC agreement with Concord Acquisition Corp. in July 2021 valued the company at $4.5 billion. Nevertheless, it seems that the company wasn’t satisfied with this deal, which led to its early termination.

After ending its previous agreement, Circle is reconsidering a new merger deal that would lead it to go public with a valuation of $9 billion.

Unlike traditional IPOs, SPAC IPO share prices aren’t based on the business’s valuation. Typically, SPACs units are priced at, nominally, $10 each.

That said, till this moment, Circle hasn’t declared its IPO share prices

Through 11 funding rounds, Circle has raised over $1.1 billion. This included investments from Fidelity, BlackRock, Fin Capital, and Marshall Wace.

With Circle IPO expectations, the company surely is on its path to success. It’s planning to go public by the end of the year, and it’s absolutely something to get excited about.

Predicting the Debut Price of the Porsche IPO
September 29, 2022
What’s happening with Polkadot (DOT)? And what will 2022 bring?
June 15, 2022
A look back at 8 of the top-performing Australian IPO's
April 2, 2022
How To Hold Private Equities in Your Portfolio
September 28, 2022
Will interest rate increases bring inflation under control?
April 14, 2022

Here’s why Starlink is becoming one of the world’s most valuable companies
April 2, 2022
6 IPOs to Look For in 2023
September 4, 2022
How has recent news influenced Palantir Technologies's stock price
August 14, 2022
What can Boston Dynamics accomplish as a Company?
June 17, 2022