Imugene Limited - Should you invest in the company at the brink of curing cancer? 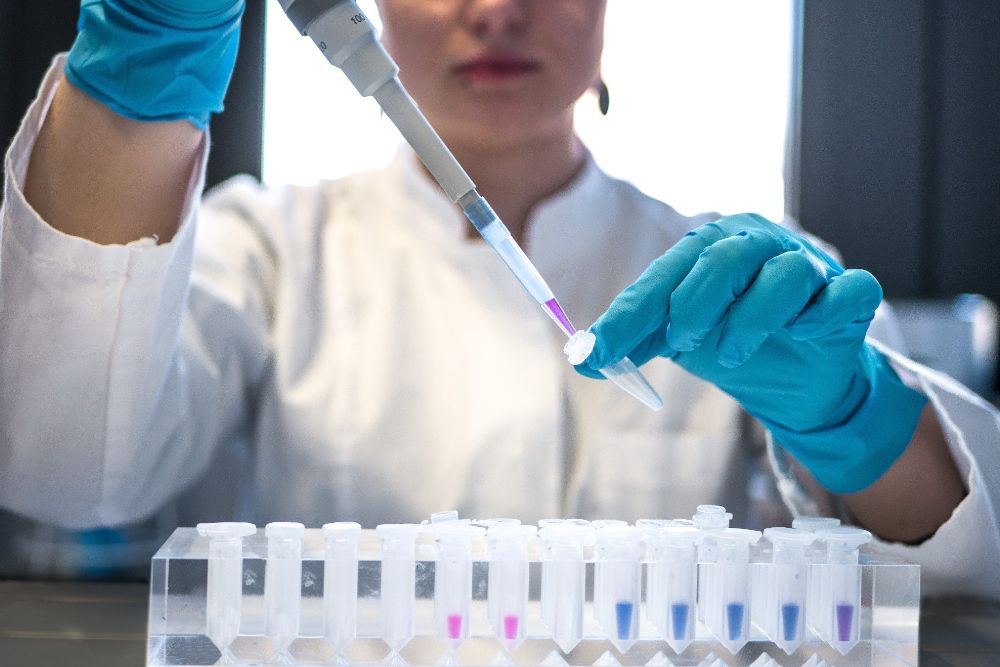 Imugene Limited isn't just a clinical-stage immuno-oncology company looking for a treatment to cure cancer. It is one of the many few that have come up with and shown positive results as well. The efficacy of their cancer-killing virus Checkvacc was first tested on cancerous tumours in preclinical laboratories and then on animal models. After it showed successful results, the people at Imugene Limited, in collaborate with City of Hope, announced their initiative to conduct clinical trials on human patients. This news turned the heads not only of cancer patients and their well-wishers, but of potential investors as well. Who wouldn't want to be a part of the heroic company that finally found the cure for cancer?

But, before we get to further depths of this news, and its significant impact on the company's stock exchange value and share price, let's discuss the history of Imugene Limited briefly. Professor Ursula Wiedermann started a research project at the Medical University of Vienna to find a cure for cancer. She worked day and night and came up with an idea to develop a B cell peptide vaccine that could potentially reduce the size of the cancerous tumour. Although she didn't find any immediate success, she didn't give up. Her hard work and consistency eventually paid off, as her project slowly and gradually grabbed the attention of several companies.

In 2012, a startup by the name of Biolife Sciences found potential in Professor Wiedermann's works and asked her to work with them. The company had all the resources and exposure that Professor Wiedermann and her team needed, while in return, the company could significantly benefit from the professor's work, and together, they worked wonders. Their primary focus was to treat women with breast cancer, and soon, they started performing clinical trials and tests. After the phase I trials conducted on a small cohort of women with breast cancer proved successful, the works of Professors Ursula Wiedermann and Christoph Zielinski were hailed "the best" by a journal published in the esteemed Breast Cancer Research and Treatment.

Biolife's immunotherapy, which they now called HER-Vaxx B cell peptide vaccine, was better and more effective than other treatments that different researchers and companies came up with. While HER-Vaxx was simple and extremely cost-effective, the complex DNA vaccines were not fully developed even for lab testing, while the T cell vaccines were countered with human leukocyte antigen (HLA) restrictions. For this reason, HER-Vaxx gained immense popularity, and the big guns started eyeing Biolife and their work. Moreover, Biolife also needed funding and resources to continue its research and make improvements in the vaccine. Hence, in 2013 Biolife merged with Imugene, an Australian company that welcomed and supported the likes of Professor Wiedermann and Dr. Zielinski's works. After the merger, Imugene's name was retained. The company became public and was listed on the ASX. The two pioneers, Professor Wiedermann and Dr. Zielinski, were appointed to the scientific advisory board.

In October 2013, the price of a single share of Imugene was valued at 0.01 AUD. Although the company made numerous advances and enjoyed several successes, the share price stayed at 0.01 AUD. On December 12, 2016, the first major rise in the share price was observed when Imugene decided to acquire the rights for Melbourne's Baker IDI's top-notch immune-oncology technology. This acquisition doubled the share price, which rose to 0.02 AUD. For almost two years, the share price bobbled between 0.015 and 0.025 AUD until it steadied for a couple of months at 0.03 AUD. Just like every other company, the share price and market value would go up by a few numbers, especially after any price-sensitive announcement, but would eventually drop after a few months.

The first substantial surge in market value and share price was recorded near the end of 2020. The company started the phase II trials on patients with advanced gastric cancer. But what resulted in a big win for the company was when the company unveiled the positive results of the trial. The company injected its HER-Vaxx vaccine in 68 patients. The analysis showed a survival hazard ratio of almost 80 percent, along with a reduced death risk of about 58 percent when compared to patients who were not injected with the vaccine. This news raised the value of the shares by a whopping 20 percent, with the price of a single share at 0.12 AUD. From then onwards, the share price rose a few times and reached a peak of 0.6 AUD, but then dropped back to between 0.1 and 0.2.

Now, the share price is estimated at 0.15 AUD. If you're eyeing Imugene from an investor's perspective, you will be delighted to know the recent news, some of the company's policies, and the impact of all this on the market value.

For starters, the company has almost a hundred million dollars in cash, making it one of the most secure biotech companies you will find on the ASX. Additionally, the company has 6 different assets. We talked about HER-Vaxx previously. Recently, the company has started a 24-month-long clinical trial involving another asset, Checkvacc, with City of Hope. The first phase of the trial has been conducted successfully, with the second phase nearly commencement. The company's drugs are targeting 10 different disease areas, with 10 clinical studies supported by FDA INDs expected to be published within the next year. Due to these reasons, Imugene is still among the top 3 most secure, biggest, and most successful biotech companies in Australia.

Hence, if you had pushed the idea of investing in Imugene and becoming a shareholder to the back of your mind, this here is your cue to make up your mind and buy shares at 0.15 AUD before the price escalates. Invest now and become a part of the company at the brink of curing cancer.