Is Canva's IPO coming this year? 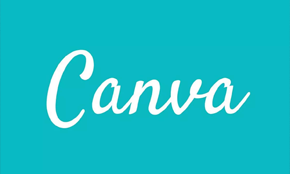 With a valuation of $40 billion, Canva is one of the world’s most valuable startups.

As such, investors are interested in knowing more about the possibility of an upcoming IPO.

What is Canva, how does it make money, and should you invest in its IPO?

This article will provide answers to these questions.

A collaborative platform for online design

Founded in 2013, Canva is an online graphic design company based out of New South Wales, Australia. The company provides graphic design services ranging from simple DIY projects, such as customizing a Facebook cover photo, to large enterprise solutions, such as complex team projects.

Canva’s strength is its user-friendly platform based on a generous ‘freemium’ model that offers plenty of free functionalities. Anybody can sign up and start creating their own basic projects for free within minutes. The result is professional looking designs that users can create quickly.

It’s easy to understand why Canva’s free plan is so appealing: it includes 250,000+ free templates, 100+ design types, hundreds of thousands of free photos and graphics, 5 GB of cloud storage and the ability to collaborate and comment in real time with your team.

However, Canva’s real strength lies in its ability to attract users to its paid plans.

A subscription service used by millions around the world

While Canva started out as a free tool, it now makes money from monthly subscriptions, print products, course sales and marketplace fees. The ‘freemium’ strategy attracts users and helps the company build a consistent and loyal following it can then monetize.

Canva claims that 85% of the Fortune 500 use its product in some capacity. Notable customers include Warner Music Group, HubSpot, Duke University, and PayPal, among others.

Canva is growing at breakneck speed. Canva is quickly becoming a go-to collaboration platform for teams and workplaces around the globe. Since the pandemic began, distributed working has seen team adoption quadruple in 2021.

Based in Sydney, Australia, Canva is expanding internationally. It recently opened offices in Austin, Texas, and it also has offices in Manila, Beijing, London, Wuhan, and San Francisco.

A $40 billion valuation – which could increase further before IPO

In September 2021, Canva raised $200 million, bringing its valuation to $40 billion. This funding came just 5 months after its previous funding round, which brought in $71 million and raised the valuation to $15 billion.

Canva’s valuation nearly tripled in less than 6 months. It is now the world’s fifth most valuable startup, behind ByteDance, Stripe, SpaceX, and Klarna.

A valuation based on forward-looking revenues

Canva is currently valued at a forward-looking revenue multiple of 40.

However, the company is generating strong revenue growth, which is expected to continue over the coming years. The user-friendly interface, affordable pricing, loyal user base and continued international expansion means that it may soon justify its high revenue multiple.

Most startups go public after their Series E funding rounds. Canva is already past that point, but it has not officially communicated its intent to go public in the US of Australia. However, its $40 billion valuation is sure to attract considerable interest should the company formalize its IPO intentions.

Should you invest in Canva’s IPO?

2021 was a record year for the public markets, with plenty of billion-dollar IPOs and SPAC deals being announced.

However, many companies saw their stock prices crash post-IPO.

For example, Robinhood’s stock price is down 70% since its August 2021 IPO.

That’s where the real money is made.