What does SpaceX’s 10-1 stock split mean for investors? 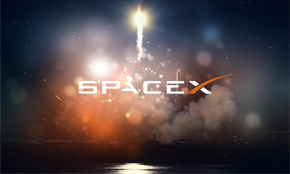 Elon Musk recently announced SpaceX is splitting the value of its common stock by a factor of 10-for-1. In October 2021, SpaceX shares were priced at $560 each. After the split, the shares will be worth $56 each. While a stock split makes a stock more affordable, it is important to understand that it does not change the fundamentals of the company.

What does the stock split mean for SpaceX investors?

SpaceX is a private company whose stock owned by the founding members, high net worth individuals and institutional investors.  At present, the general public cannot purchase shares of SpaceX on the open market or in brokerage houses. Only individuals and institutions with close relationships with Elon Musk himself are able to invest in the company.

How do stock splits work?

A stock split is a cosmetic procedure that seeks to make the shares more accessible and manageable for investors. Indeed, it is easier to buy and sell a $56 stock than a $560 stock. Furthermore, an investor can sell portions of their portfolio without reducing their significantly reducing their overall share count.

A stock split does not change the fundamentals
of a company or the value of an investor’s holdings.

What’s next for SpaceX?

In recent years, SpaceX’s valuation has soared due to its wildly successful next-generation rockets and global satellite internet network.

In February, Elon Musk claimed that SpaceX’s Starship rocket was the “holy grail” of space travel. He claimed it was part of his plan to “establishing security for life itself and having an exciting future and inspiring kids about the future”.

As for Starlink, SpaceX recently revealed its Premium offering, which five times more expensive than the standard package. Clients interested in getting the fastest internet service offered by Starlink will have to pay a refundable $500 deposit, a $2,500 fee for the antenna and router, and a $500 monthly subscription for the high-speed internet connection. Clearly, this premium offer is targeted at corporate clients located in remote areas of the world, where traditional internet providers have refused to go.

When will SpaceX go public?

If these plans are successful, we can expect SpaceX’s valuation to continue increasing at breakneck speed. Obviously, investors are relishing the possibility of buying shares of this innovative and high-growth enterprise headed by one of the most charismatic entrepreneurs of his generation.

However, Musk has remained coy on the prospects of SpaceX ever going public. Indeed, it is rumored he enjoys having control over his space exploration company and fears being held back by outside shareholders. On the other hand, he has stated that he will take Starlink public once “cash flow is more predictable”.

In any case, investors should remain informed to ensure they don’t miss the opportunity to invest in what will be one of the most anticipated IPOs of all time.

To stay up to date with SpaceX Pre IPO Allocations, visit IpoWise.net