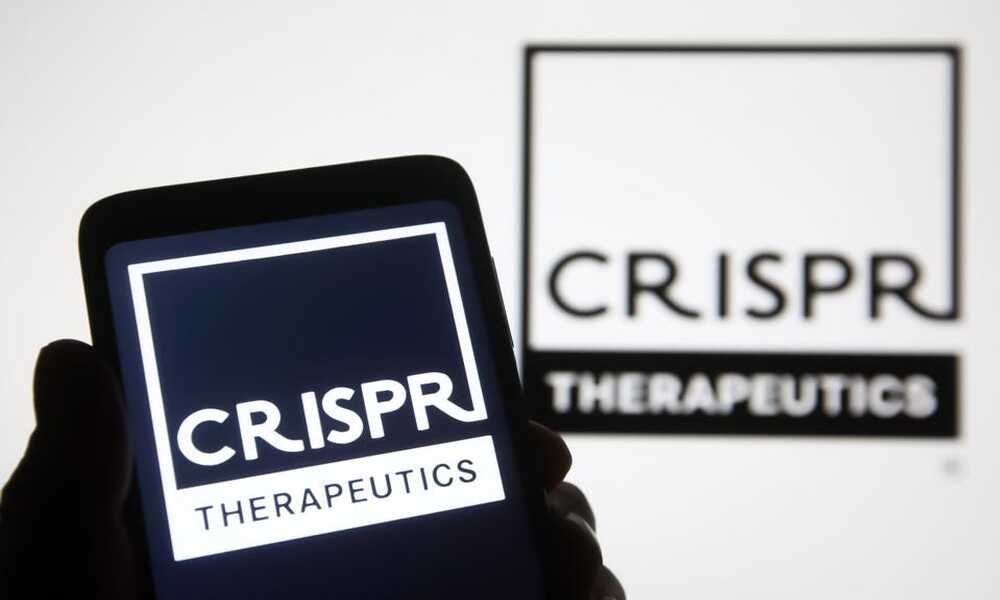 Trading on NASDAQ, Crispr Share Price did wobble, a bit, opening at 73.93 USD and closing at 71.74 USD on the 17th of August 2022. Stocks of different companies, face highs and lows every day. However, these tides are not random, with the situation of the market as well as the company’s financials playing a major role in them. Whether Crispr is a buy, hold or sell, is what we will see according to the market trend.

The company's lead product candidate is CTX001, an ex vivo CRISPR gene-edited therapy for patients with severe sickle cell disease or beta thalassemia who require transfusions. In this therapy, the patient's hematopoietic stem cells are modified to produce a lot of fetal haemoglobin in the patient's red blood cells. In addition to conducting research and development in the United States, the company also conducts business in London and the United Kingdom.

In the past year, CRISPR went as high as 129.5 USD. However, after this peak in last September, there has been a downfall, which has been quite a consistent slope. However, in the past three months, the share price has gotten somewhat better. It went to a high of almost 80 USD before falling again slowly to the current price. This latest plunge in the stock price needs to be explored.

Report of the Second Quarter FY2022

Recently, CRISPR Therapeutics released financial results for the second quarter of their fiscal year 2022. Adjusted earnings per share for CRSP were -$2.40, below the analysts' consensus expectation of -$2.22. Additionally, sales decreased by nearly 99% from the previous year, with revenue coming in at $158,000 as opposed to $900.7 million. This significant discrepancy is due to Vertex's $900 million upfront payment for a Joint Development and Commercialisation Agreement in Q2, 2021.

Since the report, shares have been trading lower. The business has outperformed expectations twice in the last eight quarters. Additionally, CRSP reported a -$151.6 million negative free cash flow. The business needs a balance sheet with a strong cash position to support such a large cash burn. Fortunately, cash and cash equivalents totalling $1.37 billion as well as short-term assets are available to CRSP.

Are investors holding their stock?

Investor mood at the moment is neutral. 1.3% of the 552,359 portfolios Tip Ranks monitors hold CRSP. Additionally, among individuals who do have a position, the average portfolio weighting devoted to CRSP is 4.15%. This shows that the company's investors have a lot of faith in its future. In fact, 0.4% of stockholders boosted their positions in the stock during the past 30 days. The stock's sentiment is consequently somewhat better than the sector average.

For this biotech company, the upcoming 12 months may be drastically different from the previous year. CRISPR Therapeutics, a leader in gene editing (CRSP -5.42%), has had a difficult year. As investors were alarmed by economic concerns like inflation, the company fell behind the market. Particularly heavily affected were clinical-stage biotech like CRISPR Therapeutics that isn't consistently profitable. The biotech company does have a number of potential pipeline candidates, and it is keeping an eye out for significant catalysts that might drive its stock price higher by the end of the year.

Formerly known as CTX001, a potential gene-editing treatment for the two rare blood diseases, sickle cell disease and transfusion-dependent beta-thalassemia. On these initiatives, Vertex Pharmaceuticals and biotech behemoth CRISPR Therapeutics are working together. The two organisations have stated that they anticipate regulatory filings for exa-cel in treating both SCD and TDT in the U.S. and Europe before the end of the year, which bodes well for their long-standing cooperation. This collaboration is about to pay off. When CRISPR Therapeutics formally announces these submissions, a surge in the company's share price is anticipated.

Why are CRISPR stocks expected to rise in the long term?

By 2030, CRISPR Stocks Will Be Even More Valuable. Only the lengthy and patient clinical trials process is keeping things from moving forward. Investors still have plenty of time to position themselves for a sizable long-term gain as of right now. Nearly all of CRISPR's enormous potential to benefit people (and make a lot of money in the process) remains untapped, despite a steep decline in gene-editing biotechs over the past year.

The market for CRISPR-based medications is expected to increase in value by roughly 13 times between 2019 and 2030, which is the biggest positive for CRISPR stocks. Those who arrive first will profit financially. A number of cutting-edge biotechs will need to complete creating the first generation of CRISPR drugs for that market size to increase as anticipated. Even if one company has regulatory issues or fails a clinical trial, the other ventures will continue regardless. The likelihood of a CRISPR drug ever reaching the market is extremely high. And when it does, the entire group of CRISPR stock prices are going to soar like never before.

And thus, the golden question. Is CRISPR Therapeutics a buy?

The partnership between CRISPR Therapeutics and Vertex Pharmaceuticals was a wise choice. In contrast to smaller clinical-stage biotech, the latter has demonstrated its ability to traverse the complex and tightly regulated pharmaceutical market, gaining considerable knowledge in the process. Exa-cel is less likely to experience unanticipated regulatory challenges before going to market thanks to the deal.

For the rights to exa-cel it currently controls, Vertex previously had to provide CRISPR Therapeutics a number of upfront payments.  These payments have made it possible for CRISPR Therapeutics to invest additional money in R&D and promote its other candidates.  The endorsement of Exa-cel would support CRISPR Therapeutics. In the following five years, the company is anticipated to reach other significant regulatory milestones. Of course, there is a chance that CRISPR Therapeutics will run across regulatory and clinical challenges. The long-term potential of this company still appears appealing despite this drawback. Because of this, it appears to be a good buy, especially in light of the recent decline in its stock price.