What will Starlink’s valuation be at its IPO? 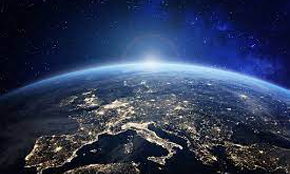 Starlink’s IPO is currently the most anticipated public debut on the market.  Tesla and SpaceX CEO Elon Musk has confirmed the company’s plans to go public in the future.  However, we don’t yet know a date of intent for an IPO; however, there is lots of speculation as to when and what price the company will eventually see.  We thought we would introduce you to the company, why there is such hype behind it, and what the valuations are that are floating around SpaceX and Starlink for an eventual IPO.

Starlink is a group of internet satellites, which they call a “constellation,” that is currently operated by SpaceX.  The constellation is built to provide global broadband class internet access.  Starlink aims to provide this level of internet service to everyone, no matter where they are located on the planet.  Starlink has a goal of connecting underserved areas, including isolated and rural locations worldwide.

Pre-orders for devices can still be made, and they do come at a price for the high-quality services; the antenna terminal is $500 plus shipping and handling and a $99 monthly service fee for basic service.  But full service is not expected to begin until 2023 or later.

It should be noted that satellite internet is already available for an average of $110/month, while a cable/fiber plan runs about $50/month. The US has some of the most expensive internet services in the world, so Starlink’s current pricing is not much of an upgrade.  It also costs SpaceX over $2000 per terminal, but they hope to reduce costs.

Starlink’s satellites require an open view of the sky, but (beyond an electrical connection) no other ground infrastructure is needed.  As of writing, Starlink is operating over 2000 satellites and just added 47 in early March 2022 and another 53 in mid-March, sending them up to low earth orbit with SpaceX’s two-stage Falcon 9 rocket.  Starlink has already received clearance to launch up to 12,000 satellites; however, it has filed paperwork for a total of 30,000 additional satellites, but this has not yet been approved.

The increase in satellites is making investors wonder about an eventual IPO; because of the service delays, it will not likely be until 2023 or 24.

With Starlink’s growing number of customers and prices for service, the company could be bringing in north of $25 million a month. However, Musk has stated that Starlink could see up to $50 billion annually if it can secure a decent share of the global telecom market.  This is likely far-fetched as net service competition is fierce, but it has an opportunity if it can get its pricing down.

In February 2021, SpaceX had a valuation of $74 billion; however, in October 2021 it received a 33% boost and went beyond $100 billion.  This result was due to an agreement that SpaceX made, with current investors, to sell up to $755 million of stock at a price of $550/share.  This $755 million sale agreement was not for raising new capital, but as a purchase offer for existing shares.  At its previous valuation ($74b) it raised $1.2 billion selling shares to new investors for $419.99/share.

Industry analysts are saying that much of SpaceX’s valuation is due to the market potential of Starlink’s service.  Morgan Stanley has even given a bullish estimate of up to $200 billion for all of Starlink.  This most recent valuation gives rise to a question of Starlink’s own valuation.

While there is no official date for a Starlink IPO, Musk has stated that predictable cashflow is needed before this could happen.  Morgan Stanley has put a price on Starlink at a super majority of SpaceX’s $100 b valuation and says that Starlink is worth $81 billion of that.  The assumptions behind the valuation are as follows:

An option for Tesla shareholders

Musk has stated that Tesla shareholders might get a preference in buying a Starlink IPO.  If you have interest, you may want to pick up a share of Tesla now, but what Musk says and what happens are rarely the same.  Until then, we will see how Starlink progresses.

To keep up to date with the Starlink IPO, visit ipowise.net