What natural resources does Russia have? 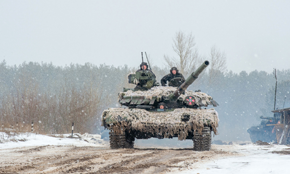 When some think of Russia, they may think of harsh winters and cold, barren Siberian ranges. However, Russia has many natural resources. With Russia's current aggressive moves into Ukraine, we wanted to look at the big bear's resources and how long it could survive isolated from the rest of the world.

Large and in charge

Russia is the world's largest country, and by playing percentages, this attribute means it will have certain resources. Natural resources are, therefore, a crucial element of the Russian economy and allow it to project power abroad. Domestic resource profits constitute about 10.7% of the Russian GDP. Like other world economies, the Russian service sector has grown and now accounts for 62.3%of its GDP. What differs is that resources play a prominent role in maintaining the Russian state. Russia's Federal Tax Service states that 29.2% of its revenues come from its Mineral Extraction Tax. And according to the Russian Audit Chamber, when looking at a full range of tax and revenue sources, the oil and gas industry accounts for 47.8% of total government revenues. This is particularly important if countries begin to cut off their oil purchases from Russia to combat the war economically, as the U.S. has.

The power of Russia's resources, mainly its oil and gas, means that it can use them as both a stick and a carrot for its foreign policy. The Russian Ministry of Natural Resources has estimated that the proven resources which have already received development permits are worth $873 billion. This sector, which is large and relatively easy to track its accounting, means that the country also can maintain a relatively low corporate tax of between only 15 and 20% and an income tax of a flat 13%. Good for the Russian people but not for the government if the sector can not sell its supplies abroad to help fund tax revenues.

Strength is a weakness.

Because Russia relies on natural resources, they are vulnerable to U.S. sanctions that target exports. Exploration resulting in new Russian deposits has been slow to develop and is possibly due to the ongoing sanctions. Russia's high-interest rates from its central bank are intended to keep inflation at bay and prevent an outside geopolitical shock and have also been cited in slowing exploration. And Russian gas giants Gazprom, Surgutneftegas, and Lukoil are amassing cash to keep any obstacle at bay and allow for continued exploration, regardless of what happens geopolitically.

Russian business is maintaining a cautious attitude looking for clarity in the domestic political scene and any shift after 2024, which will likely be Putin's last presidential year. It could be a cause of reduced exploration, and combatting the rapidly falling gas price by limiting supply may be another cause. This final reason may be part of the aggression into Ukraine to boost the gas price, helping improve Russia's economy.

Beyond gas and oil

Gas and oil are not Russia's only resources. It has major deposits of minerals, and metals, mainly 1/6th of the world's iron, near Ukraine. But it has some of the world's largest supplies of manganese, chromium, nickel, platinum, titanium, copper, tin, lead, tungsten, gold, diamonds, phosphates, timber, and vast land reserves. Much of this land is covered with permafrost; however, Russia remains number three in arable land, allowing it to grow in the ranking of agro producers and may continue if the permafrost melts due to global warming.

Well supplied, but is it enough?

Russia produced about 10% of the global oil supply, totalling 524 million metric tons in 2021, but only consumed 146.3 million metric tons that year, a three-and-a-half to-one ratio. If Russia became isolated from the rest of the world, it could survive with its resources for quite a while. However, the real question is, how long could it economically fight a war with Ukraine with the current sanctions? The best estimate is about nine months, and the Rubble has recently lost about 50% of its value. The total cost of the war is expected to be about $300 billion, exhausting its gold reserves. Will Putin consider the possible economic gain more valuable than this amount? He would not have invaded if he did not believe so, but he may be using the move to gain more territory or ensure Crimea stays in his control. As the first month of the aggression continues, we will see what moves are made on both sides and how Russia's stockpiles of resources will influence these moves.