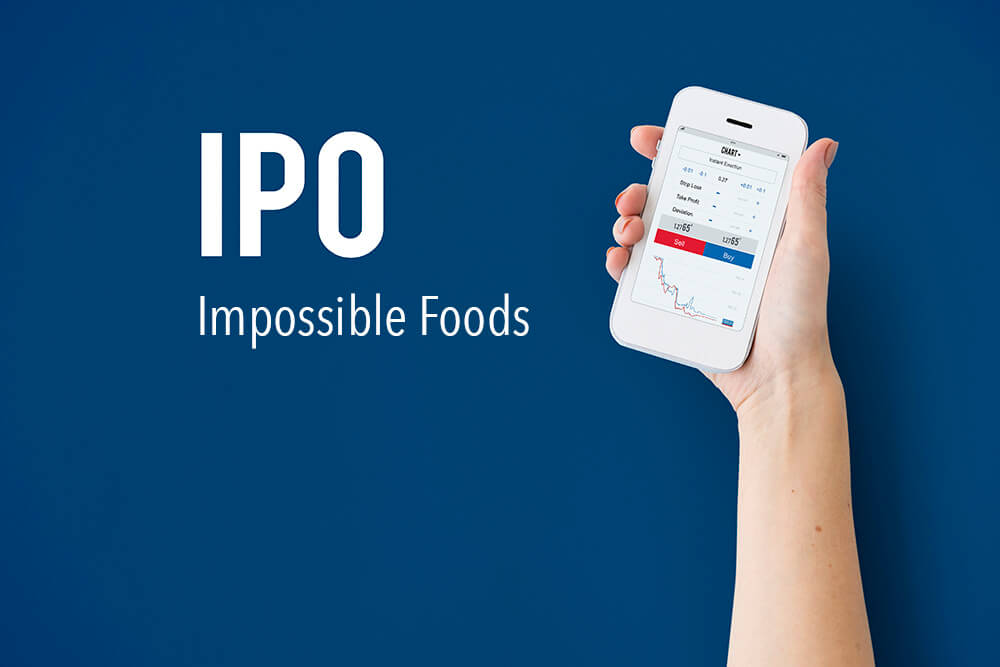 Since its launch in 2016, Impossible Foods has grown a wide fan base worldwide, becoming one of America's fastest-growing brands. Today, the company's products are available in around 40,000 restaurants and more than 20,000 grocery stores around the globe.

With the company's continuous growth, you're probably wondering, should I invest in the Impossible Foods IPO?

Lucky for you, we're here to tell you everything you need to know about Impossible Foods IPO.

Impossible Foods' initial public offering (IPO) was first rumoured in 2021. The company is estimated to be valued at around $10 billion, but the exact number has yet to be confirmed.

The organization's main audience is millennials who believe in Impossible Foods' mission and values. This is why the company wants to give them a chance to invest in its plant-based products.

In addition, Impossible Foods CEO, Pat Brown, stated that the company would love to give the "millions of non-billionaire supporters" an opportunity to own shares and invest in what they believe.

Earlier this year, the company landed a $7 billion valuation after its funding round. However, this number is debatable, as the company is private, and so are its finances.

Despite that, many investors believe in the company's success, including Temasek, Horizons Venture, and Coatue Management. On top of that, they have the support of Bill Gates, Jay-Z, Serena Williams, and many other celebrities and known figures.

Impossible Foods has several competitors it has to face up to, but the main competitor you need to watch out for is Beyond Meat. Understanding the competition can help you establish an idea of the market and possible scenarios that might happen with Impossible Foods.

Soon after, the numbers began to decline, and now it's trading at under $15 per share. On the bright side, many experts believe that Impossible Foods might sustain a higher valuation than its competitor.

Additionally, Beyond Meat's current weak performance is perhaps one of the reasons Impossible Foods delayed its listing, as the market isn't at its best.

When Will Impossible Foods IPO Occur?

Initially, Impossible Foods had planned for the public listing to be within 2022. However, due to market instability, we can't be sure if the IPO will be held in 2022.

Since 2022 is coming to an end, and we still don't have an official announcement, the IPO will likely be postponed to early 2023.

The Impossible Foods IPO was rumoured to happen around mid-2022. However, due to market instability, we're unsure of the exact date when it'll take place.