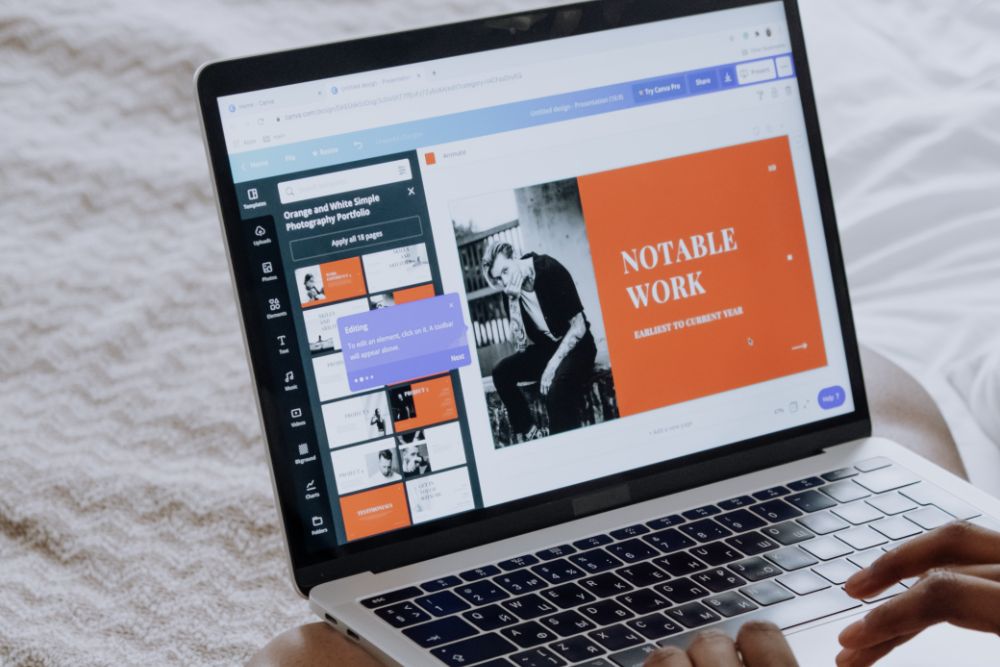 Many of our investors are wondering if the graphic design software company Canva will be going public in 2022? The three founders of Canva, Melanie Perkins, Cliff Obrecht, and Cameron Adams, have come a long way since the company’s start in 2012. While there are currently no Canva plans to go public, they may want to do so while the iron is hot, but does that make sense?

In July 2021, Canva announced a new round of funding, which supplied Canva with an additional $200 million and put the company’s valuation at $40 billion. This influx of cash was only five months after the previous round, which gave Canva a $15 billion valuation. In that five months, the company’s value more than doubled, which is not surprising. Becoming the highest valued private software company is not a simple feat; many of the pundits believe that the $40 billion valuation will never be reached at an IPO.

The estimated 2021 revenue was about $1 billion, which makes the forward-looking revenue basis multiple 40 times. Putting this value into perspective; the Airbnb multiple at the time of its IPO was ten, Atlassian came to market in 2014 with a 20 times revenue multiple, and Wise was listed on the London stock exchange with the closest revenue multiple, but it was only 26 times.

There are some exceptions; some floated shares do end up with an outrageous valuation, and Canva may be one of them. Snowflake, the cloud-based data warehousing company, achieved a 66 times revenue multiplier. Snowflake’s issue price was $120 per share and rose to $400 in November 2021, but has fallen back to $185 in late April 2022. A pretty wild ride but still well above the $120 IPO price.

Late-stage investors who buy into an IPO will want to have something that remains on their investment table. They are not buying to be an early investor but to make a profit, and the sooner the pop the better. If Canva’s value has fallen since the last funding round, or, Canva would have to be open to a significant discount on its most recent valuation for a listing.

There is no reason for Canva to want to have an IPO now. The company is currently liquid after the $200 million injection, and if they can show that their revenue growth rate holds where it is, then IPO buyers will be more interested. Additionally, Canva is in a fortunate position to already be generating cash. If fact, Canva has been open about raising capital before spending any of the funds it had raised in previous funding rounds. This means that Canva is sitting on a ton of cash that it can use for its current growth aspirations. It confirmed in a media call that the vast majority of its funds were still available for use.

The $200 million 2021 raise, included a selection of crossover investors; crossovers typically invest in large privates who are primed for a listing within the next few years. The funding round was led by T.Rowe Price but Bessemer Venture Partners, Green Oaks Capital, and several others. The majority of these funds don’t have the long-term horizons of venture capital; they will usually be OK waiting for a year or two before an IPO.

Does it make sense to join an eventual Canva IPO?

With the Canva 100% growth rate, if they can keep this up the $40 billion valuation is not totally out of the question. The key will be watching this revenue. If it suddenly drops off, then there are issues. If Canva can stay cash flow positive, then an IPO could be a rocket ship. Until the next release of revenue numbers or an announcement of any SEC IPO filings, we will keep waiting; it will not be very long.

Here’s why Starlink is becoming one of the world’s most valuable companies
April 2, 2022
Is a SpaceX buyout of Boston Dynamics possible?
June 11, 2022
Boston Dynamics and USA Military Contract
May 29, 2022
Why is the stock market dropping?
May 23, 2022
The Collison Brothers who founded Stripe.
June 20, 2022
Which A-REIT stocks should you buy to hedge against inflation?
May 20, 2022

Here’s why Starlink is becoming one of the world’s most valuable companies
April 2, 2022
How does SpaceX make money and is it profitable?
October 27, 2022
Better.com IPO
May 4, 2022
How has recent news influenced Palantir Technologies's stock price
August 14, 2022