Volkswagen to Float Porsche? IPO Planned and Confirmed for October 2022 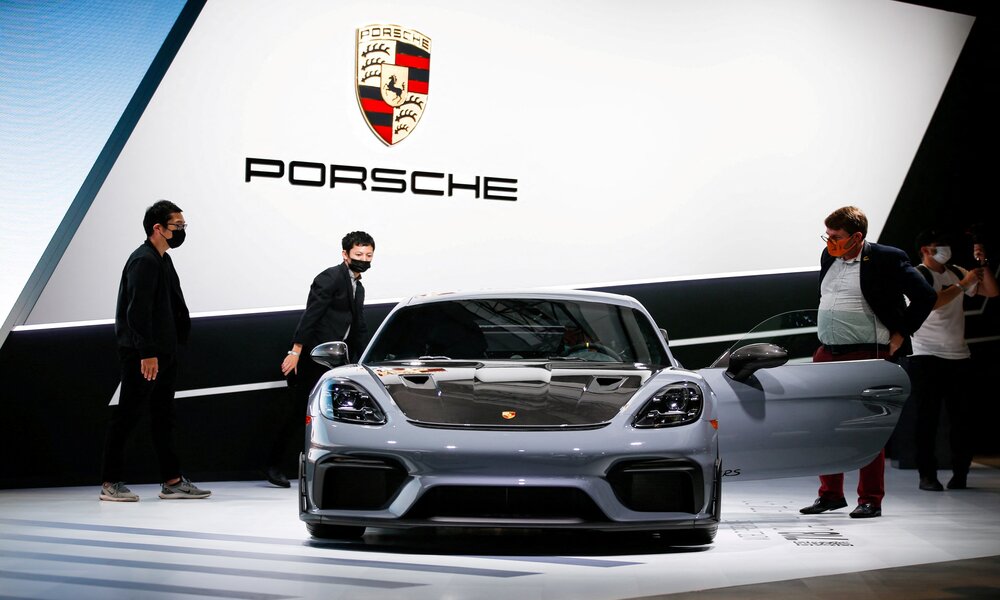 With the recent news on 5th of September 2022, where the plan of an IPO for Porsche was announced, the world of stock market and that of car manufacturers has something hot to talk about.

Volkswagen decided to go forward with its plans for an IPO for Porsche in late September to early October, listing a minority stake in the luxury Sports car manufacturer, triggering what could finally be one of the biggest listings in the world. Pushing for such a move despite the ongoing geopolitical instability speaks volumes about this IPO.

The IPO is to be completed towards the end of this year. And while this announcement has sparked interest among the public, it by no means is the announcement of the sales of the shares as of now. Sources claim that Volkswagen has decided to enter a period of 4 weeks when it will assess the interest of the investors should it plan to go forwards, and look for a contingency plan should the interest is not as much as was predicted.

What is the expected valuation of Porsche?

Should everything proceed as is, the company is expected to be valued in a region of 60 to 85 billion euros. This indeed is a staggering valuation that would leave other luxury car markers such as Aston Martin and Ferrari in awe of what’s happening.

On what stock market will Porsche be listed?

The listing of Porsche AG is planned on the Regulated Market (Prime Standard) of the Frankfurt Stock Exchange. According to the CEO of Porsche, Oliver Blume, this IPO is a historic moment in the history of the company that would open up a new chapter for them.

What does it mean for the agreement between Volkswagen and Porsche?

Volkswagen and Porsche have been in a tussle since forever, where one company was trying to take over the second company. This contention was resolved in 2012 where Porsche was finally taken over by Volkswagen, making it a parent company. This then started a domination agreement between the two companies, according to which, Porsche had to transfer all its profits and loss to the parent company by the end of each fiscal year.

With this IPO, VW seeks to raise money to support its ambitious goals to invest in electric vehicles and cutting-edge new digital features. The strategy is dealing with some of the most difficult market conditions in recent memory, where a stagnant public listing market is partly due to the weakening economy, rife inflation, and rising energy prices.

Division of Shares for the listing – An Opportunity for Big Investors

Porsche's capital structure will be split into 50% preferred shares and 50% ordinary shares that have voting rights. Family members of the Porsche and Piech will keep 25% plus one share of the ordinary shares. Investors will be able to purchase preferred shares in Porsche that don’t carry voting rights. If the IPO is successful, Volkswagen will call a special general meeting in December to discuss distributing 49% of the profits as a special dividend to shareholders in early 2023.

According to the sources, a number of well-known investors, including T Rowe Price Group Inc., have already expressed interest in subscribing to the IPO in that valuation range. According to a cornerstone investment agreement, VW announced on Monday, September 5th, that Qatar Investment Authority intends to purchase a 4.99% stake. According to the people, Dietrich Mateschitz, the creator of the energy drink Red Bull, and Bernard Arnault, the chairman of LVMH, have both expressed interest in Porsche.

In regard to a statement released on the said Monday, Volkswagen intends to make Porsche's preferred shares available to retail investors in a number of nations, including Germany, Austria, Switzerland, France, Spain, and Italy.

Timing of this IPO – Something of interest

2022 has not been a year for public listings. Since the coronavirus, the stock market has been unstable and the recent geopolitical events such as the Russian Ukraine war has only made the market more unpredictable. Just 57 initial public offerings (IPOs) took place in Europe in the first half of 2022, compared to 231 in the same period of 2021, according to data from PwC published earlier this year. Also weighing on the IPO market is the overall performance of equities this year, with the S&P 500 down 18% year to date.

With the plan of IPO announced on the same day as the Russia – Ukraine war started, and the decision to float Porsche coming out exactly when Russia stopped supplying gas to Germany, raises concern regarding the timing of this IPO. The market vulnerability and events like the war has made analysts worry. Given that the anticipated post-pandemic recovery has yet to materialise, Germany's automobile association anticipates a 4% decline in passenger car deliveries in Europe this year.

Even though this is a dangerous time for a stock market debut, Volkswagen and Porsche hope that this public listing is going to be a game changer for Porsche in regards to being independent and pursuing the EV goals.

Porsche claims that the IPO's proceeds will provide it the freedom to implement its strategy, of its conversion to EVs. Porsche hopes that by 2030, more than 80% of new vehicles will be BEVs. Porsche is pursuing a net carbon-neutral value chain by 2030 as well as a net carbon-neutral use phase for upcoming BEV models as part of its overall plan. If the plans remain intact, and Porsche and Volkswagen proceed with the debut in Regulated Market of Frankfurt Stock Exchange, this will boost Porsche’s position in its race against Tesla in the EV market, strengthening its position.