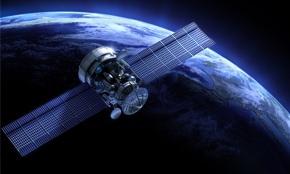 If Musk delivers on his plan of bringing internet service to every remote region of the globe, Starlink could become one of the world's most valuable space technology companies.

In which countries is Starlink available?

Starlink is a global network with operations in 31 countries.

Currently, the company has clients in the United States, France, the UK, Canada, Germany, Austria, the Netherlands, Belgium, Switzerland, Ireland, Denmark, Portugal, Australia, and New Zealand. Furthermore, Starlink is expected to become available in Italy, Spain, Poland, and Chile in the coming months.

Furthermore, Elon Musk is seemingly committed to fast-tracking Starlink's availability to customers who urgently need internet service. Earlier this month, he announced that Starlink satellites were placed over Ukraine, providing internet connectivity to the inhabitants of the war-torn nation.

How much does the service cost?

Starlink's standard internet package was priced at $99 per month when it launched. However, those prices were increased to $110 and $599, respectively, in March 2022. This is only the subscription cost, and clients also need to pay $499 for the mountable satellite dish that needs to be installed manually.

However, this package doesn't deliver the best internet connection offered by Starlink's satellite capacities. Thus, earlier this year, Starlink unveiled a premium package priced at $500 per month, plus an initial payment of $2,500 for the hardware.

Forbes recently calculated that if every client uses the standard package priced at $110 per month, Starlink is generating at least $300 million yearly revenue. However, this number is probably higher, given that Musk stated there are more than 250,000 terminals and that some of those users could have already subscribed to the premium plan.

That said, it's important to remember that Starlink's operations are still in their infancy. What's more, they are very capital-intensive.

Indeed, Forbes also calculated that "the hard cost of a Starlink launch is in the neighbourhood of $15 million, meaning that launch cost alone per satellite is about $300,000, assuming 50 satellites per launch. That puts the hard cost of launching the existing Starlink constellation at $600 million".

Starlink has already launched 2,000 satellites in orbit – and

plans to launch thousands more in the coming years.

Finally, it's worth mentioning that Starlink has numerous other costs to bear, including ground stations, R&D to improve the technology, and satellite losses. For example, Starlink recently lost 40 satellites to a geomagnetic storm.

Given that Starlink plans to launch 30,000 satellites, the total cost could rise to more than $30 billion.

Starlink is one of the world's most exciting space technology companies.

As such, it is richly valued.

In December 2021, Morgan Stanley claimed that Starlink would turn cash flow positive in 2031 – pushing SpaceX's valuation to nearly $100 billion. In fact, Morgan Stanley believes SpaceX has a bull-case valuation of $200 billion – double its present valuation – driven by the exceptional growth of both SpaceX and Starlink.

Thus, Starlink's standalone valuation is difficult to pinpoint, but it is growing daily at breakneck speed.