Will Starlink go for an IPO soon? 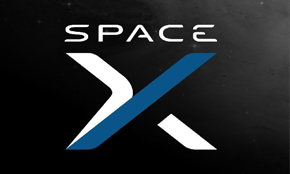 Starlink is a satellite company operated by SpaceX. It specialises in launching satellites into space. While the company is still private, Gwynne Shotwell, the President, recently stated that the company could present an Initial Public Offering in the near future.

Starlink: Internet for the World

Starlink is a company that provides high-speed Internet access to more than 10,00 users across 11 countries, including the UK, Australia, Greece, and Germany. The project comprises the “Starlink constellation”, a vast network of interlinked satellites. Starlink has 1,500 active satellites and plans to launch thousands more in the coming years.

The company’s objective is to provide high-speed internet access to all the world’s inhabitants – especially those living in remote areas where traditional operators don’t provide service.

Starlink makes money like any other internet provider: by charging its customers for service.

Starlink’s clients pay a $400 one-time fee to buy a Wi-Fi router, tripod, and terminal to connect to the constellation. Then, clients pay a $99 per month fee for continued service.

Musk has stated that Starlink has the potential to generate up to $50 billion of yearly revenues, considering that the internet connectivity market could be valued at nearly $1 trillion. The only caution is that launching satellites is expensive: the constellation’s total cost could total $10 billion or more.

Nevertheless, Forbes analysts believe that Starlink will generate ROI, as they are poised to capture 2.3% of all new internet users by 2025 by its strategy to focus on remote areas historically starved of internet access.

Elon Musk is arguably one of the greatest innovators of his time. As a result, his business endeavours are closely analysed and generate substantial excitement.

Furthermore, SpaceX’s close ties to NASA and the US Department of Defence give Starlink a competitive edge over its potential competitors. Indeed, SpaceX recently obtained $900 million in subsidies from the Federal Communications Commission (FCC) to bring high-speed internet to rural parts of the USA.

While Starlink’s exact financials are difficult to come by, its current valuation stands at roughly $40 billion. In a September 2020 report, Morgan Stanley analysts predicted that Starlink could reach an $80 billion valuation before its IPO.

This 2x growth is explained by the space industry’s explosive growth and SpaceX’s continued success in particular.

In October 2021, SpaceX’s valuation crossed $100 billion following a secondary share sale by insiders. The $755 million sale priced the company’s stock at $560 a share. Given Starlink’s potential to reach an $80 billion valuation by the time it IPOs, it’s possible the share price could reach similar levels.

Of course, these figures are merely estimates and are subject to change as more information emerges. That said, investors eagerly anticipate the opportunity to invest in another Musk company. Tesla shareholders are particularly excited as Musk declared they would have preferential access to any Starlink IPO.