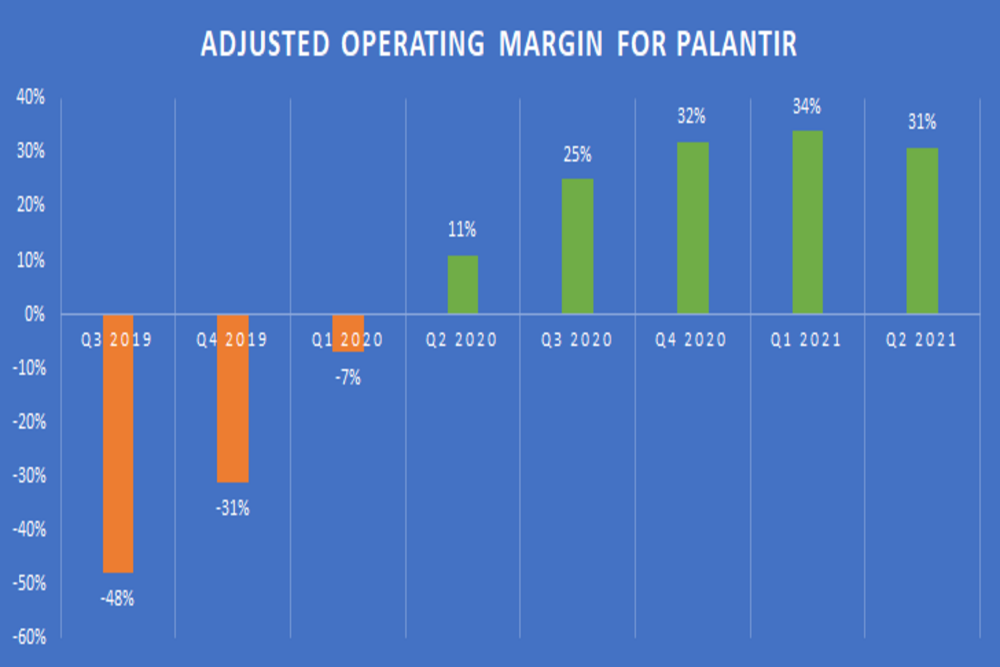 Palantir Technologies Inc.'s share price has been sliding down for a straight second day in a row, hitting a low of $9.08, which is 7.64% lower than the opening price. What is going to become of it? Let's find out.

Palantir Technologies, Inc. is a holding company that creates software and data integration solutions. The Government and Commercial sectors are its two main customers. Services are provided to clients in the private sector by the commercial segment. The Government segment offers solutions to the federal government of the United States (U.S.) and governments of other countries of the world. The company provides services in the areas of automotive, legal intelligence, financial compliance, and mergers & acquisitions. The company's headquarters are in Denver, Colorado, and it was established in 2003.

What do they offer?

Palantir Technologies Inc. develops and installs software platforms to support counterterrorism investigations and operations for the American intelligence community. It has a couple of different products.

When did they go public?

Palantir Inc., currently trading on the New York Stock Exchange, did not opt for a traditional IPO in 2020. Rather, they went through the direct listing process that placed its valuation at $15.8 billion, giving a share price of $7.25 per share. Although the company did not raise any money, existing shareholders were entitled to sell further shares.

The company had already gone through a public investment phase back in 2015, which had placed its valuation at $20 billion. And although the valuation at the time of the IPO was less than in 2015, it served as more of a reference point for the company moving forwards.

How does Palantir make money?

Palantir was created through a public funding process to collaborate with governmental organisations; as a result, public investment still makes up a sizable portion of the company's revenue. To finish contracts, the Palantir business model relies on agreements that specify the duration, purchased services, and fees. The company uses big data analysis, so much sensitive and complex information travel through its channels. Because of this, its contracts with clients include non-disclosure agreements, making it hard to learn even the most basic details about them.

What is known about Palantir's financial situation is that they generate close to $1 billion in income annually from contracts worth between $1 million and $100 million. What is known about those agreements is that Palantir provides its analytical programs and support and tech experts. Still, each agreement is different because the business model is flexible enough to meet the needs of its clients.

The primary Palantir clients are the U.S. Intelligence and Military sectors, but the company also sells its software to non-profits, including the World Food Program of the United Nations and the Centres for Disease Control and Prevention (CDC).

The majority of their private clients are banks and other financial organisations. Still, they also work with well-known companies like Ferrari and Airbus to obtain information about consumer satisfaction levels and areas where their products may be improved.

Too far to secure contracts with young businesses that can use its big data analytics tools. In essence, Palantir is giving money upfront in exchange for long-term promises to use its software.

With revenue of $473 million, slightly above the company's own objective of $470 million and the $466 million consensus estimate from Wall Street, Palantir reported strong earnings for the June quarter. Profits were roughly in line with forecasts after losses in the company's interests tied to special-purpose acquisition companies were considered.

But the guidance was inadequate. Palantir expects revenue of $474 to $475 million and operating income of $54 to $55 million for the third quarter, which is less than the prior Wall Street forecast of $500 million in revenue and $145 million in non-GAAP operating income.

Thoughts of Analysts: Is it the time to invest?

Deutsche Bank analyst Brad Selznick changed the stock's rating from Hold to Sell and lowered his price objective from $11 to $8. While he has always been dubious of the company's commercial endeavours, he claims in a research note that he once thought Palantir had a "uniquely strong position" in the public sphere. However, after observing that the company's remarks on government contracts conflict with the "anecdotal strength" observed at other sizable government contractors, he now has second thoughts.

Tyler Radke, a Citigroup analyst, reiterated his Sell rating while lowering his target price to $6 from $7. Along with other analysts, he pointed out that the business didn't reiterate its projection of 30% annualised growth through 2025. As a result of slowing global growth and uncertainty surrounding government contracts, Radke says, "Results demonstrate the diminishing tailwinds from Covid-related contracts, and SPAC investments, combined with the reliance on large lumpy government deals with uncertain deal timing". He thinks the stock has further room to fall.

Reviews similar to the ones above point out one thing, right now is not the time to invest in Palantir Technologies Inc.

Why is AGL share price falling?
May 11, 2022
Will Australia’s Central Bank succeeds in curbing inflation rates?
May 15, 2022
Bausch & Lomb IPO and Fuzzy Vision
May 8, 2022
Unpacking Elon Musk’s Private Company Holdings
September 10, 2022
Counting Down to the Porsche IPO: What We Know So Far
September 6, 2022