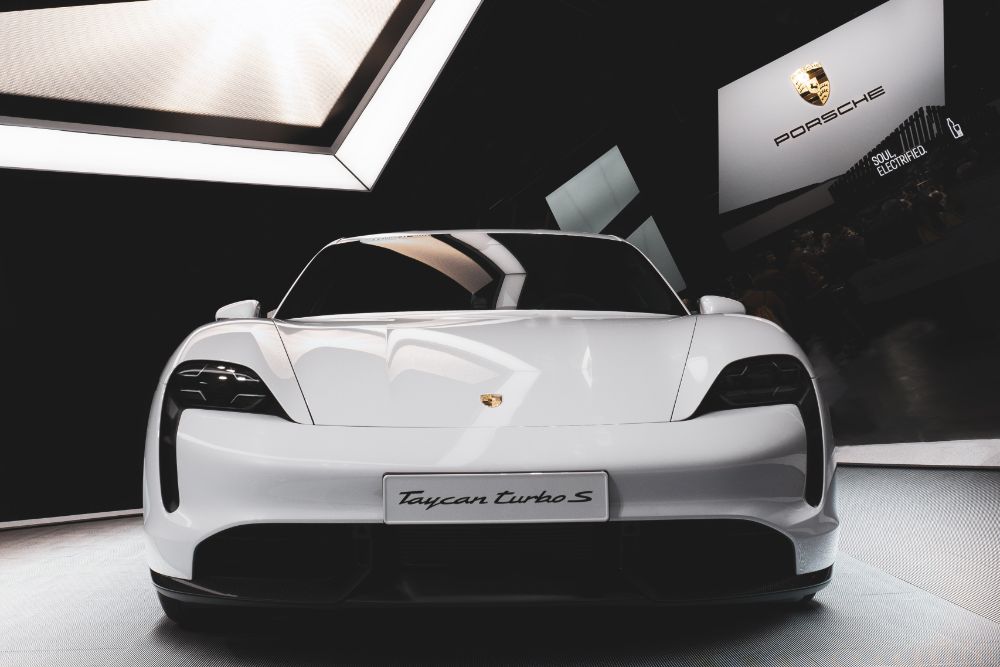 People might think this battle is a bit unfair, but wait, hear this out. Porsche going on toe to toe with Tesla might actually be one of the things that need more spotlight. Tesla tapped into a market of Electric Vehicles, and it might be said that it was indeed Tesla who worked to create a change in attitude of people from Internal Combustion Engines to completely Electric ones.

Because of more awareness about global warming and climate changes, people have been opting for ‘Green Alternatives’ for almost everything. This applied to cars as well, for the reason that automobiles use a lot of petrol and emit greenhouse gases. Tesla was able to foresee this and had a significant first move advantage, which is clearly indicated by the choice of people in the Electric Vehicle (EV) market. This made Tesla one of the best in the game, and everyone knows this. Tesla reportedly owns almost 70% of the EV market in the US.

Then where does Porsche come into discussion? Well, unlike Tesla that was founded in 2003, Porsche has been around for a very long time. They have been in the automobile business as early as 1948 when the company launched its first ever car. They are a German luxury and sports car company that has a name that probably needs no introduction to the lay man. Most people do not know, but Porsche is not that new to the Electric Vehicle game. Although they did not step into the market with their fully electric vehicle until 2019, the Taycan. It is indeed true that back in 1898, the founder of this amazing company was able to create a full EV Porsche P1, although it was not a mass product.

So much for the history of these companies. Let’s talk about the market. It has been stated widely by many influential names around the word and is also evident from the tax cuts by US that Electric Vehicle are the future. Tesla does own the majority of the market, but Porsche has been collecting some valuable attention with their Porsche Taycan Models. Mission E by Porsche that was announced in 2015 was literally termed as the Tesla Killer by many. This Mission E was then later rebranded as Porsche Taycan in 2019. As of today, Porsche has quite a collection of fully electric cars, all the Taycan Model. In the second and third quarter of 2021, around 17 and 12 percent of Porsche’s sales were Electric Vehicles, respectively. But we did see that in 2021, the global market share of EVs doubled. It is predicted that around 24% of the market would be EV by 2024 and this number would rise to almost 50 percent of the world’s automobiles being fully electric.

Such predictions are music to the ears of legacy carmakers like Porsche, meaning that their sale share of Electric Vehicle is probably going to increase too. We have already seen hints of this truth in the fact that Porsche’s own Full EV Taycan overtook their iconic 911 in the sales race. But we know that where the global attraction towards EVs will benefit manufacturers like Porsche, Tesla, who are the chief of this game, will most likely also benefit.

The coronavirus, the global chip shortage and other global events might have been big hurdles for other EV manufacturers, but Tesla was the one that was able to withstand these hard times with the lesser detrimental effects. We do know that Tesla’s share in the market reduced a bit, but it still leaps and bounds ahead of others. With increasing production units and making the ones already existing even more efficient, Tesla intends to roll out 1.6 million units in 2022. This number looks humungous in front of the 41 thousand Taycans sold in 2021.

Porsche indeed has always realized this crushing competition by Tesla, and thus it makes sense that Porsche decided to go all in on Electric Vehicles. This is proved by their latest 400M dollars investment in an American startup, Group 14, which makes futuristic car batteries using Silicone. According to the company’s CEO, these silicone batteries work perfectly, and the next step is scaling. He hopes to get this technology into Electric Vehicles by 2023. Funding like this clearly show that Porsche is here to take on the best in the game.

To shed a little light on the EVs about which all the fuss is about, let’s have a brief look at the best EVs from both companies. When it comes to electric luxury automobiles, the Model S and the Taycan Turbo S are both superb, high-performance sedans. By looking at the numbers alone, the Model S narrowly defeats the Taycan. In actuality, the Model S accelerates from 0 to 60 mph (ca. 97 km/h) in just 1.9 seconds, outpacing a Taycan's acceleration time of 2.6 seconds. The Tesla Model S is incredibly quick for an electric vehicle, and moreover, the 100-kWh battery allows it to travel 390 miles (ca. 628 km) on a single charge. A 278-mile range for the Taycan Turbo S is possible with Performance Battery Plus feature.

So, it all comes down to this. Porsche, Tesla, and many others trying to create the most efficient electric vehicle which is also affordable at the same time. This competition, which might look fierce, is very beneficial and conducive. Development of newer models and continuous innovation in the EV market will greatly increase the interest of the public in EVs and away from the legacy ICE cars. Whether the continued global chip shortage takes a heavy toll on EV manufacturing in the incoming future or we see a considerable increase in EV sales, only time can tell. Tesla, is in a position where they can meet increased EV demands, but Porsche know that to stay relevant, they will have to continuously bring their A game.