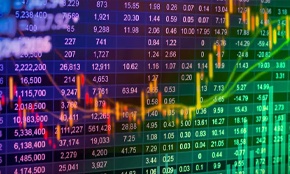 Europe is facing a myriad of significant challenges, With inflation at record highs...

Europe is facing a myriad of significant challenges.

With inflation at record highs, the European Central Bank is under tremendous pressure to increase interest rates to protect consumers’ purchasing power.

In parallel, Russia’s decision to invade Ukraine has plunged the old continent in its worst crisis since Hitler invaded Poland in 1939.

Finally, the major European stock markets are down 15% or more since the start of the year. Understandably, investors are unsure where to park their money.

Despite the turmoil, there are plenty of opportunities in the market. Here are the top 5 European stocks to buy now while you wait for the return of macroeconomic and geopolitical stability.

Rio Tinto is an Anglo-Australian mining company headquartered in London, England. As of 2022, the company is the second largest metals and mining corporation in the world.

Earlier this year, the company released its highly anticipated 2021 annual report, in which it revealed that its net cash position increased by a whopping 60% year over year, driven mainly by the skyrocketing commodity prices.

This influx of cash enables the board of directors to pay shareholders a handsome $4.17 semi-annual dividend in April. This means that Rio Tinto stock offers potential investors a very attractive 10% dividend yield at the current market price.

Nestlé is a Swiss multinational food and drink processing conglomerate with annual revenues exceeding $90 billion. It is beyond doubt one of the most important food and beverage firms in the world.

As of 2022, the company’s products are present in 189 countries, it owns and operates 447 factories and employs nearly 340,000 people. In addition, it owns major brands such as Nespresso, Nescafé, Kit Kat, Smarties, Vittel and Maggi.

No matter the geopolitical and economic context, people always need to eat and drink. With a total return of 50% over the past 5 years, Nestlé is one of the safest European stocks investors can purchase.

Zurich Insurance Group is a global insurance firm that employs more than 50,000 employees and has customers in 215 countries. In fact, Forbes claims it is the 112th largest publicly traded company in the world.

With a 37% return over 5 years and current dividend yield of 5%, this defensive stock is a great addition to any well-diversified portfolio.

The French oil major is the definition of slow and steady wins the race. The company generated annual revenues of $190 billion last year. This year, the incredible rise in oil prices is a boon for shareholders who, not long ago, were worried about the potential death of oil.

With oil at $125 a barrel, TotalEnergies is sure to cement its place among Forbes’ list of the top 30 largest companies of any type for many years to come.

Headquartered in Munich, Siemens is the largest industrial manufacturing firm in Europe. With 2021 revenues of $70 billion and net income of nearly $8 billion, the company is in a strong financial position.

In fact, the company’s 3.67% dividend yield is a fair deal given the uncertainty that dominates the markets. While dividend growth is modest, the company has consistently paid its shareholders a dividend every year since 1984, a feat very few publicly companies can boast.