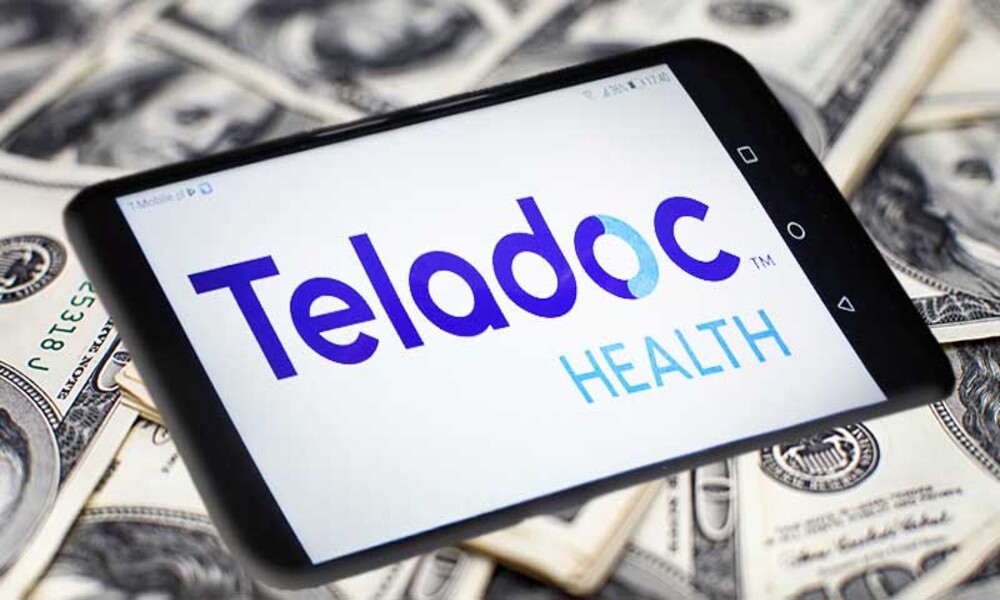 During the pandemic, there were several stocks that went from zero to hero and not only made a lot of money themselves, but proved to be a huge profit for investors as well. Teladoc is an example of such a stock. Sadly, things have not been going well for both the company and the shareholders in the post-pandemic era, as Teladoc's stock is struggling. But is a rebound and a comeback likely? Or will the company continue the slump it is in? Before we answer these questions, let's discuss a brief overview of Teladoc for those who are not well aware of the company's background.

A couple of years ago, the entire globe was hit with a deadly virus that changed the entire outlook that people had on their lives. Since Covid-19 was a contagious disease, people were advised to stay at home whether they were infected with the virus or not, which created numerous complications. Among these, people were worried about going to the hospitals and getting themselves checked since hospitals were most exposed to the coronavirus. As a result, the need for a solution was extremely critical.

In such challenging times, Teladoc played the role of the knight in shining armour. The company launched an integrated virtual care system that delivered a working personal care model, provided chronic condition management, and even enabled people to make use of the company's mental health services. With the help of Teladoc's model, which was the only such model at that time, patients could now speak to a licensed doctor either by phone or video call, get themselves checked, and get diagnosed without having any fear of getting infected with the coronavirus.

As the company started to get fame, several people started judging the company and doubting its credibility. Many even judged whether the doctors who were checking them were “real” or not. Thankfully, Teladoc did everything professionally and according to the book. Each of the company's doctors was US-based, had a license to practice medicine, had more than 20 years of experience, went through stringent vetting, and, above all, adhered to all the laws and regulations set forth by HIPAA.

The company has an efficient business model. First, you have to sign up and create an account by providing basic details and completing a medical survey either on the app or website. You have to either sign up for a yearly or monthly subscription. If you are not interested in that, you can even go for a single appointment and pay a flat sum. The consulting physicians and doctors are paid for each consultation in addition to an hourly fee.

Once you have created an account, you can either request a checkup for yourself or for someone else. First, you will have to select the state you are staying in during your consultation. Thankfully, Teladoc's services are available in each of the 50 states in the country. Next, the company's platform will arrange a consultation and connect you to a doctor either via phone or video call at the time chosen by you. You can also upload photos beforehand in case the symptoms require a graphical explanation.

After the consultant observes your symptoms, they will advise a treatment plan and send a prescription, if necessary, to a nearby local pharmacy of your choice. If the doctor believes that your case is an emergency situation and needs critical care, they will refer you to a local hospital, as the company only deals with non-emergency cases. After the appointment, the platform will ask for a suitable payment option if you are not a paid subscriber.

There were several factors that made Teladoc, which was founded in 2002, stand out from the competitors. For starters, the company's doctors were available 24 hours a day, seven days a week, and 365 days a year. The doctors saw patients of all age groups, from newborns to elderly people. And above all, Teladoc's doctors would spend as much time with a patient during an appointment as necessary and will only terminate the visit after ensuring that the patient has received the care they require. Moreover, the company managed many acquisitions under its belt, and by 2014 had more than 120,000 consults. The company even started an online mental health service after acquiring BetterHelp.

Due to these reasons, the company's chief officers thought the time to become public was nigh, as the company filed for an IPO on the 1st of July 2015. Initially, the company announced that it would trade between 15 and 17 US dollars per share and only sell 7 million shares. But at the last minute, the company not only increased the share price to 19 dollars, but also increased the number of shares available to 8.3 million.

A year after the IPO, the share price had fallen just a bit to around 15 dollars per share. Since the concept of telehealth was not that popular, the company could not capitalise that much. Within the next couple of years, as the awareness of telehealth increased, the share price also increased, and by July 2017, the company traded at around 35 dollars per share. The story of success continued, but the breakthrough year for the company was 2020 when the share price skyrocketed to a whopping 200 dollars. During the first quarter of 2021, it rose even further and reached an all-time high of 290 dollars for a share.

Is Teladoc's stock a buy:

All this discussion brings us to the million-dollar question. Is Teladoc's stock a buy right now? Or is the company in a slump? Although the share price fell drastically over the last year, several analysts believe that the company will bounce back. According to an evaluation metric, TDOC has a Growth and Momentum Score of A, meaning it is an excellent option for growth and momentum investors. The company also has a VGM score of A and a Zacks Ranks 3, meaning that if you invest in the company, you might get an inline return as compared to the rest of the stocks in a few months.