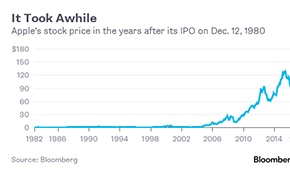 Apple is the most valuable publicly listed company in the world.

At writing, it has a market capitalization of 2.66 trillion dollars.

Saudi Aramco, the world’s second most valuable public company, has a market cap of “only” $2.3 trillion. The big difference between the two companies is that Aramco is owned by Saudi Arabia, a sovereign nation with the world’s largest proven oil reserves.

Warren Buffett, one of the greatest investors of all time, owns a 5% stake in Apple. His original $36 billion stake is now worth more than $160 billion. Berkshire Hathaway, Buffet’s holding company, also pays roughly $775 million in dividends yearly.

Buffet has often waxed lyrical about Apple, claiming it is “probably the best business I know in the world” because its policy of encouraging users to upgrade regularly makes it more like a consumer company than a tech company.

Being called the best company by one of the best investors is arguably the highest praise any company in the world can receive.

But Apple is more than a great company.

It is also one of the best illustrations of why investing early in high-growth businesses is a shrewd high-risk, high-reward investment strategy. In fact, if you had invested $1000 in Apple’s 1980 IPO, you’d be extremely wealthy today.

At the time, it was a blockbuster IPO in its own right. One Merril Lynch analyst summed up the mood perfectly by commenting that her brother, “who invests in the stock market only on Tuesdays in leap years,” called her to inquire about the much-hyped IPO.

Forty-two years later, Apple is undeniably one of the best-performing stocks of all time.

How much would $1000 invested on the first day of the IPO be worth today?

The following example will use numbers adjusted for the numerous stock splits that have taken place.

Let’s translate that into numbers.

You would have to have kept the shares for four decades, weathering a myriad of tumultuous events – including, but certainly not limited to – Steve Jobs’s first exit. The fierce competition with Microsoft, the 1999-2000 tech crash, the 2007-08 crash and the change in ownership after Steve Jobs’s death.

The lesson is that patient long-term investors are often rewarded for sticking with the company through thick and thin.

Warren Buffett also famously said that “the stock market is a mechanism that transfers money from the patient to the impatient”. Apple stock is perhaps the best illustration of this point.