What is in Bill Gates’ Investment Portfolio? 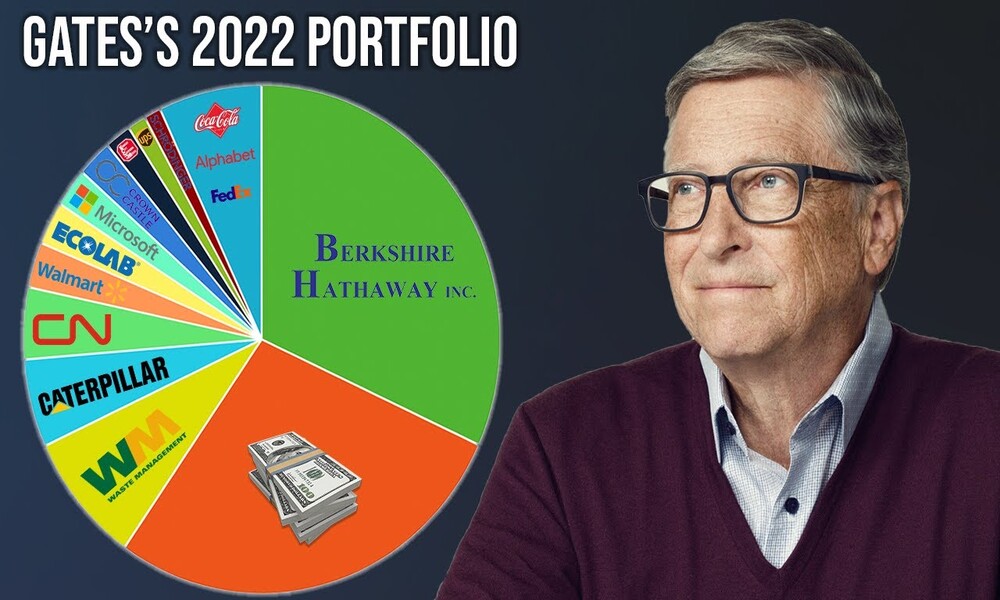 Bill Gates is globally renowned as one of the most significant titans of industry that the world has ever seen. As an awkward teenager, he leveraged his proximity to early computer programming to create Microsoft – one of the most influential and successful technology companies of all time. In doing so, he became one of the richest people in the world and continues to hold a tremendous amount of influence personally and through his highly successful foundation.

All of that money doesn’t just sit there, though, he really does try to put it to work – and so in this article, we thought we’d take a look at some larger holdings in Gates’ portfolio to see if we can draw any insights from them about where he sees the world going.

The most significant public investment by far in Gates’ portfolio is Berkshire Hathaway. He is a long-time friend of Warren Buffett and has always believed in his investment thesis and execution – so it makes a lot of sense that he would hold a significant chunk in the company. Berkshire Hathaway is a diversified investment holding company that believes in value investing in companies with strong unit economics and a well-understood business model.

Through this investment, Bill Gates is indirectly invested in Apple, Bank of America, American Express, Chevron, Coca-Cola, Kraft Heinz, and several other blue-chip stocks that make up Buffet’s empire. They haven’t quite been able to maintain the incredible returns that they managed in previous decades, but the consistency and reliability of indice-beating returns persist, thanks to careful selection and the impact of the Buffet brand more generally.

This might be somewhat surprising to some, but Gates’ second-biggest public investment is in Waste Management Inc. This company is a large-scale waste management and processing company that offers garbage collection and disposal, recycling, and the rental of dumpsters.

Gates has had a decades-long relationship with the company, but even so – it seems strange to be so bullish on a company which the market has not rewarded in recent years. The only potential reason why he may be hanging on is because the company has a tremendous amount of cash reserves on its balance sheet, and this could be used to invest in new innovations as we move towards a more sustainability-focused business ecosystem.

At one stage, Bill Gates owned nearly $940m worth of Canadian National Rail Co. shares, and even after selling off most of this in early 2022, it still represents a sizable chunk of his current investment portfolio. As the name suggests, the company is the largest freight railway in Canada, headquartered in Montreal, but serving most of Canada, and some Midwestern and southern states of the USA.

As a company, they’ve seen mixed returns in recent years, and they were certainly impacted by the supply chain shortages due to the pandemic – but they still represent a useful utility play for many investors despite pressure from other forms of transportation. Gates still seems to believe in them, and that’s a data point that’s surely worth taking seriously.

Caterpillar is the global leader in heavy machinery, and it continues to march forward as one of the most important players in global construction and infrastructure. Bill Gates has been a long-term believer in their growth potential and seems to hold a large investment because of a sizeable dividend yield (roughly 3.8%) and strong indications that they have a lot of room for expansion in the near future.

In fact, as it stands now, the stock is sitting well below its previous all-time high due to the fact that infrastructure projects were mostly put on hold during the pandemic lockdowns and the other economic impacts that came along with that. However, as things start to recover, and we get back to where we were, this might be the perfect opportunity to join Gates in betting big on Caterpillar’s big machinery.

Ecolab is another dividend-heavy stock that has flown somewhat under the radar, despite Gates holding a large chunk of his investment portfolio in it. The company operates in the speciality chemicals industry and is specifically focused on water treatment, purification, cleaning, and hygiene across many applications. This fits in perfectly with many of the projects that Gates’ foundation works on, and so it makes sense that he believes in the future of this industry.

As a company, they hold a strong market share in a notoriously fragmented market, and its significant free cash flow generation capabilities have proven to be a significant asset for expansion and for cementing its spot as a global player. The market seems to agree – making it slightly expensive at the moment – but if you want to follow Bill Gates’ investments – then this is one you’ll need to get on board with.