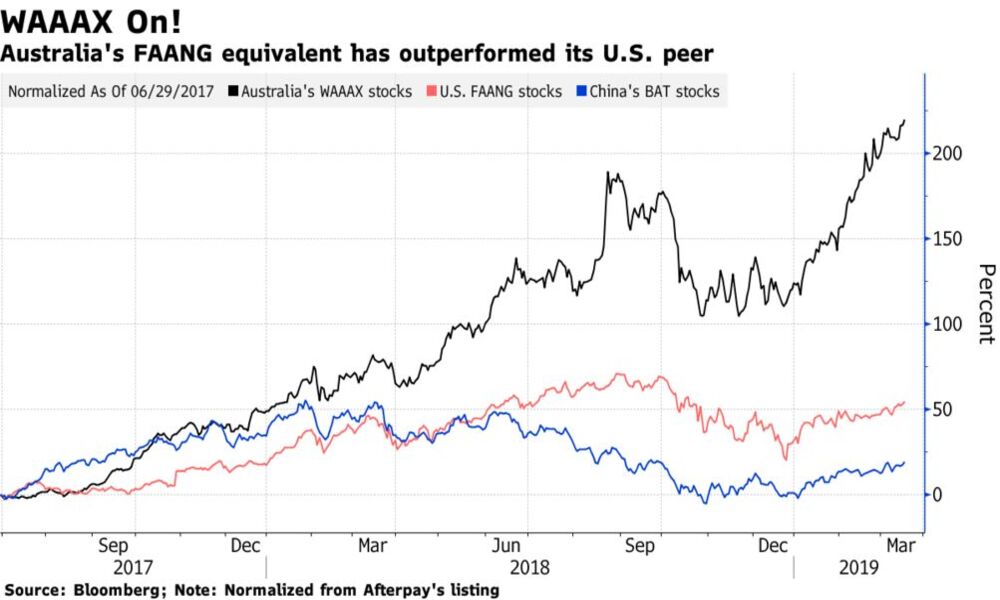 Right now, if you Googled Afterpay Share price, you would be met by a constant price of $66.47 that has remained unchanged for a very longtime now. This will seem peculiar, as companies trading on any stock exchange in the world experience daily shift and changes in their share price. Thus, the question arises that why is Afterpay, that was apparently trading on the Australian Stock Exchange, stuck here? What is Afterpay, and why is the share price like this? Let’s find out.

Afterpay is working in a market space that goes by the name of Buy Now, Pay Later. It is quite evident from its name what it brings to the table. Companies operating in this area bring such solutions, like instalment plans, to customers, which enable them to buy something that they want and have it without paying the full price for it altogether. Instead, customers get to choose some kind of instalment plan that makes it easier for them to pay for their purchase.

Afterpay was a big player in an already crowded market. This Australian company, founded almost 7-8 years ago, was also a part of the WAAAX group trading on ASX (Australian Stock Exchange). Something that was made in comparison with the FAANG group on Nasdaq. Afterpay would make it easy for investors of different sizes to use BNPL to attract customers. They had an app with Australia's Westpac Banking Corp which made possible their working in Australia.

The last trading day of Afterpay that shows the opening and closing prices was Wednesday, 2nd of February 2022. After that, one cannot find any data about the share price of Afterpay. This is because Afterpay is no longer trading on the Australian Stock Exchange, or any exchange for that matter. This is in compliance with the company’s announcement on the same day that it would be removed from the ASX official list. Afterpay stopped trading on the ASX as of 19th of January 2022, and then it was removed on 2nd of Feb.

Why was it removed from the ASX?

The reason for this is the acquisition of all issued shares of Afterpay by Lanai (AU) 2 Pty Ltd, a wholly owned subsidiary of Block, Inc., formerly known as Square, Inc. This acquisition of Afterpay by Block, was done in a deal worth around a $29B. This deal surely rocked the Fintech world.

How does this acquisition by Block benefit them?

Block, Inc. (trading on the New York Stock Exchange under SQ) and Afterpay Ltd today announced in December 2021, that the Scheme of Arrangement, via which Block acquired all of Afterpay's shares, had been successfully completed. The goal of this deal is to improve Block's ability to provide engaging financial products and services that increase consumer access and generate extra money for sellers of all sizes.

The acquisition advances Block's strategic goals for its current Square and Cash App ecosystems. Together, Square and Afterpay hope to make it possible for merchants of all sizes to offer “buy now, pay later” (BNPL) at the point of sale, to let Afterpay users manage their instalment payments directly in the Cash App, and to let Cash App users find merchants and BNPL offers within the app.

Afterpay comes off from ASX while Block goes on the ASX:

Afterpay stopped trading on January 19, while Block started trading on the ASX on January 20, 2022. This came after the official nod from the Central Bank of Spain, whose approval was the last thing holding the mega deal from completing.

All the people who were holding a share in the Afterpay stock did not go empty-handed. Afterpay's shareholders were able to elect to receive the scheme consideration of 0.375 shares in Block for every 1 share in Afterpay as either direct shares in ‘SQ’ listed on the NYSE, or as ASX-listed Chess Depositary Interests (CDIs) trading under the ticker ‘SQ2’.

If Block is foreign to you, it's possible that you are aware of its prior branding, when it was known as Square. Block is a financial payments company that allows smartphone users, especially SMEs, to process credit card payments via its variety of compact terminals. Block was co-founded in 2009 by Jack Dorsey, who until late 2021 was in control of Twitter.

In countries besides the US, Block also has a consumer app called Cash App that has 70 million users and enables people to send money as well as exchange digital assets like shares and cryptocurrencies. With over 8000 Bitcoin on its books and ambitions to mine the cryptocurrency, the company is also constructing a bitcoin mining system.

Their vision in regards to Afterpay:

Block decided to purchase Afterpay as part of a larger strategy to broaden and increase scale by cross-selling its services. As a result, Afterpay has access to Block's consumer and merchant clients, and the BNPL platform has now become a crucial component of Block's ecommerce offering. Anthony Eisen and Nick Molnar, co-founders and co-CEOs of Afterpay, joined Block to contribute to the expansion of both businesses and customers.

Afterpay and Australia's Westpac Banking Corp cut ties after the company cancelled a mobile app it was jointly operating with the bank. The third-ranked Australian bank's personal financial app had to be shut down when Block acquired Afterpay earlier this year with the intention of integrating Afterpay into Block's Ecosystem. Additionally, it opens the door for Block to begin offering its Cash App service in Australia, which enables users to transmit money to one another. Block makes money in the US and UK, where Cash App is active, by charging fees to users who send each other bitcoin.