What is in Gina Rinehart’s Investment Portfolio? 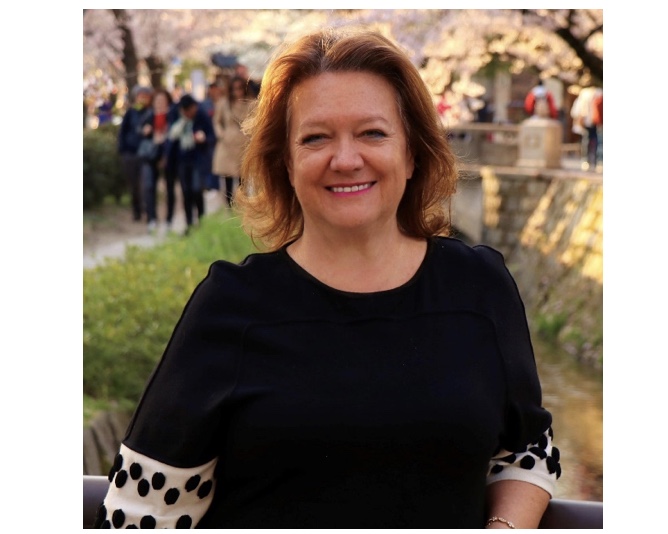 With a net worth of over $30 billion US, Gina Rinehart is Australia’s richest citizen.

While most people associate Iron-ore exploration, her portfolio includes agriculture, resource extraction, infrastructure, property, and technology, among other investments.

In addition, her approach can be described as somewhat contrarian.

Indeed, while many Australian investors are drawn towards the USA and Europe, Gina Rinehart is focused on the Asia-Oceania Region, in countries such as China, India, Indonesia, Japan, Vietnam, Singapore, and New Zealand, among others.

In this article, we will explore the different investments that make up her incredible portfolio.

Of course, Gina Rinehart is synonymous with Hancock Prospecting, the infamous iron-ore exploration company she inherited from her father Lang Hancock, who rose to prominence in 1952 following his discovery of the world’s largest iron ore deposit.

Unfortunately for Australian investors, Hancock Prospecting stock is not listed on the ASX, as the company remains privately owned. Similarly, investors cannot invest directly in Hancock’s other iron-ore assets, which include a 70% stake in Roy Holdings and a 50% stake in the Hope Downs iron ore mines.

However, investors can invest indirectly in the Hope Downs project by owning shares of fellow Australian mining conglomerate Rio Tinto (ASX: RIO), who partnered with Hancock Prospecting to open Baby Hope mines in Western Australia in 2018.

If you thought Gina Rinehart’s minerals portfolio was limited to iron-ore, think again.

In February 2021, Rinehart and her son invested in Australian-listed Vulcan Energy (ASX: VUL), a German company that claims to produce “zero carbon lithium”. While the amount of the investment was not made public, Hancock Prospecting is listed as one of the cornerstone investors in Vulcan’s $92 million fundraising round, which means it owns a decent chunk of the company. In fact, John Hancock, Gina’s son, disclosed a 5.23% holding in Vulcan one month before.

Given lithium’s importance for electric vehicle batteries, this position could pay dividends in the coming years.

In December 2021, Gina Rinehart negotiated a 49% stake in Australian gas specialist Senex Energy. Her participation is estimated around $450 million, a sizeable investment, even by her standards. For this deal, she partnered with Posco, South Korea’s steel giant, who will control 51% of Senex’s shares. Unfortunately for investors, Senex delisted shortly after the transaction was completed.

The move is proof of Rinehart’s conviction that oil and gas remain crucial to the world economy. Although recent events confirm that her intuition was on point, this was considered a contrarian move at the time. Indeed, she is moving in the opposite direction of fellow iron-ore billionaire Andrew Forrest, who chose to expand his eco-friendly investment approach by investing in hydrogen-focused Fortescue Future Industries.

2021 was certainly a busy year for Gina Rinehart. In July, she invested $29.42 million in Australian biotechnology firm Omniscient Neurotechnology. While this is a small amount for her standards, it represents 73.5% of the startup’s total $40 million AUD funding round.

This is another high-risk, high reward play which could pay off big soon. Indeed, biotechnology is a rapidly growing field where innovative startups command sky-high premiums and often negotiate lucrative exits, either via M&As or IPOs.

Did you know that Gina Rinehart is also the second-largest cattle producer in Australia?

Indeed, she owns 9.2 million hectares in Australia alone, which represents 1.2% of the country’s total landmass! In addition to Hancock Prospecting, her pastoral-related companies include Australian Outback Beef and S Kidman & Co.

However, she recently disposed of a portion of this portfolio, with 1.876 million hectares across seven properties in Western Australia and the Northern Territory put up for sale. In total, Rinehart is believed to make upwards of $300 million from these sales. This would place the valuation of her agriculture portfolio in the billions of dollars.

In 2021, Gina Rinehart continued her spending spree by adding to her already impressive real estate portfolio. She spent $34 million on the Webb House, a stunning 2000 square meter ocean-front Queensland property. This is considered one of the biggest sales ever in the area.

This record deal comes four years after she purchased an $18.5 million grand riverfront home in Brisbane. Evidently, Rinehart is a fan of lavish, multimillion dollar properties.

In June 2021, Gina Rinehart invested $15 million in Australian cannabis firm Little Green Pharma (ASX: LGP). This is one of the high-risk elements of her investment portfolio, as it remains unclear whether cannabis will be fully legalized in Australia, and which companies will emerge as market leaders. Nevertheless, she is dipping her toes in the cannabis market to get a feel for the industry and perhaps pave the way for further investments.

Indeed, social media was flooded with rumours that Gina Rinehart invested $5,000,000 in a cryptocurrency startup that claimed to make investors rich in one week. This claim was flatly denied by Hancock Prospecting.