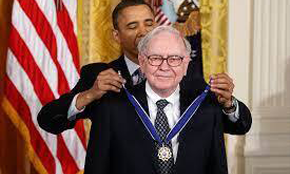 Over the years, Warren Buffett and Berkshire Hathaway have a fairly standard model for their investing.
1. Look for undervalued companies that are easy to understand.
2. Acquire significant stakes in the company.
3. Hold it forever.

Hundreds of examples of this formula have been repeated by Buffett over the years. He admits that some of his purchases have not been right, and usually, they are when he has neglected this formula. One of the more recent mistakes was his investment in IBM, which was his foray into a tech stock starting in 2011 at the price of $170/share. By 2018 he was ultimately out of IBM at the mid $140s/share range. After the debacle, he said he was a Luddite and did not fully understand the business; investment in IBM was wrong. While Buffett has jumped back into the tech market with large Apple purchases, he thinks Apple is now a consumer-product company rather than tech. He is also shifting much of his buying from already publicly owned companies to IPOs and pre-IPOs.

In 2019, Buffett's made his first entry into the IPO space since Dwight D. Eisenhower was president; he has previously steered clear of all IPOs, stating that the problem with IPOs is that they're orchestrated to achieve the best results for the selling investors, not the buyers. However, he bought heavily into the Snowflake IPO, totaling $735 million, and making up 2.2% of the cloud data-warehousing specialist's stock that went public in September 2020. By the end of November 2020, the purchase was worth $2.1billion, and now with Snowflake at $350/share, the value has held. A 200% gain is not a bad return.

The most recent pre-IPO in Berkshire's sights began with a $500 million investment in June 2021 into the Brazilian fintech Nubank. Nubank has plans to go public before year's-end. Though not profitable in its last filing, the IPO is expected to give the company a valuation of between $40-100 billion. Berkshire

Invested $500 million in the company when it was valued at around $30 billion. This investment gave Berkshire an approximate 1.66% stake in the firm. Nubank is the largest Challenger Bank in the world, with 40 million Latin American depositors in Brazil, Argentina, Mexico, and Colombia. While no one knows what the ultimate Nubank

Challenger Bank- a relatively small retail bank which is set up intending to competing against large, long-established national banks.

share price will be, some valuations put it at $55 billion, making it an 83% gain for Buffett and Co.

Another ongoing IPO that Berkshire Hathaway is investing in is India's Paytm. Berkshire and Buffett put in about $300 million at the time of their investment, giving them a 2.8% share of the digital payment startup, valued at $10 billion. They are in good company with Alibaba, Ant Financial, and SoftBank, all having a stake in Paytm. The four firms have decided to sell a portion of their shares in the IPO, which is expected to raise $2.2 billion for the company's market debut. If the expected valuation of $19 billion comes true, then Berkshire is looking at a 60% gain in three years; other predictions say that Berkshire may see up to a 300% gain.

It appears that with their Paytm and Nubank investments, Buffett is feeling more comfortable with tech purchases from the fintech sector.

However, Buffett had another financial company he was staying away from. Buffett stated that he is interested in reading Robinhood's IPO S-1 filing. But not for the reason that we would generally think. Buffett said he wanted to see how the "zero-commission" trading platform could explain its business model when Robinhood earned 38% of its first-quarter revenues from its users trading options. Saying in the Berkshire Hathaway shareholders meeting, "I'm concerned about how they handle the source of income when they say that they don't charge the customer anything,"

Robinhood will likely never be a target of the Oracle from Omaha.

So, why is Buffet looking at IPOs

In the past, Buffett has made decisions to look beyond the US markets for deals when he thinks US stocks are overpriced. He famously wrote to his partners in 1967 that in the current raging bull market, he is unable to find suitable investments.

One of the most common indicators he uses for deciding if stocks are under or overvalued is his global version of the Buffett Indicator. It takes the combined market caps of the world's publicly traded stocks, then divides this by global GDP. A reading of over 100% indicates the global stock market is overvalued relative to the world's economy. In September of this year (2021) it hit a record 142%.

Buffett has likely surmised that IPOs and pre-IPOs are the only way to get companies at a reasonable valuation, and once they go public, the market will be hot. Two of the IPOs have been in finance and banking, which is a field he started investing in back in 1969 (purchasing Rockford Bank) and is very comfortable. The Snowflake deal is not in his wheelhouse, but the valuation was correct, and he has done well.

Buffett has surprised those that follow him on several occasions, and his recent plunge into IPOs has fit the bill. It is curious to see what will come next from the man, if more IPOs are on the horizon or just looking for a traditional purchase next. Only time will tell.