A look back at 8 of the top-performing Australian IPO's 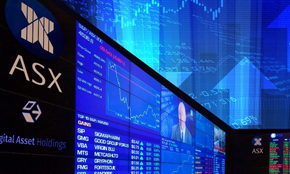 Most international investors are heavily focused on the North American stock markets. This is understandable, given that the S&P 500 has generated an average annual return of 10% since 1957.

However, investors looking to diversify should focus on more exotic markets.

For example, the Australian stock exchange has generated a respectable return of 25% since 2017 and an impressive total return of 72% since February 2012.

The ASX has generated steady returns for investors.

Not only is Australia home to some of the world’s leading companies, but the Australian IPO market is also red-hot. Indeed, ASX has seen an average of 77 yearly listings since 2013, and investors have been rewarded for their faith: ASX’s 2021 IPOs were up 14% on average.

This year’s big news is the possibility that Canva, the popular online graphic design platform, maybe go public. The $40 billion startup is growing phenomenally, and investors eagerly anticipate any news regarding its potential IPO.

Meanwhile, we will look at 7 of the largest and best-performing Australian IPOs of recent years – and we’ve added one of the worst-performing ones as a bonus.

Note: All figures in this article are expressed in USD.

In May 2020, Australian nickel producer Nickel Mines Limited completed one of the biggest IPOs on the ASX by successfully raising $200 million.

Nickel Mines is one the ASX’s biggest success stories.

Nickel Mines is one the ASX’s biggest success stories.

Listed in June 2021, therapeutics firm Argenica Therapeutics raised $7 million by issuing 35 million shares priced at $0.20 each. The IPO proceeds will help the company pay for its human clinical trials. The company is developing neuroprotective therapeutics it hopes will reduce brain damage after strokes.

Indeed, strokes are one of the leading causes of death and disability globally, and the cost of treatment is estimated to be in the region of $180 billion by 2030.

The stock has generated total returns of 169% to date, which places it in the second spot of the best-performing Australian IPOs since 2020.

In 2018, investment company L1 Long Short Fund Limited made its highly anticipated debut on the ASX.

Demand for the IPO was overwhelming, and the company issued 675 million shares and raised a whopping $1.35 billion. In fact, this represents double the company expected to raise.

L1 Long Short Fund invests most of its capital in Australian and New Zealand securities, but fund managers are allowed to invest up to 30% of investor capital in global investments.

The company now has a market capitalization of $1.79 billion and has generated

a respectable total return of 46% since its blockbuster IPO.

So far, the stock price has remained relatively stable, hovering in the $15-$19 range since IPO, but the company’s market capitalization remains high at $3.04 billion.

In May 2021, Australian copper miner 29Metals Limited filed the IPO paperwork to raise $471 million, making it one of the largest IPOs in recent years and arguably the biggest commodity IPO since Nickel Mine’s 2020 IPO, which had raised upwards of $200 million.

The company’s assets include major copper mines in Australia and Chile. The IPO was timely, considering it was planned when spot copper prices reached their highest levels in nearly ten years.

Copper prices are trading at all-time highs, which bodes well for 29Metals’ investors.

With a total return of 28% since its first day of trading, investors have been handsomely rewarded so far.

In April 2021, the private pathology business Australian Clinical Labs’ IPO raised USD $316 million. While this appears small for North American investors, this is considered a large IPO by Australian standards.

The company declared it would use the proceeds to pay selling shareholders for the acquisition of existing shares, repay existing debt and pay transaction costs.

So far, the shares are up nearly 40%, which represents an outstanding return on investment for IPO investors.

In 2021, Trakan Group Holdings launched a $90 million IPO to list on the ASX. The Melbourne-based global developer and manufacturer of analytical science instruments, devices and solutions used in the analytics of biological, food and environmental samples is a global business with operations in the USA, Europe, and Asia and employs more than 450 staff.

Its customers include the world’s major life science, biopharma and analytical companies, and its FY21 revenues reached $75 million. In addition, the business has been entirely self-funded since its inception and continues to grow.

Since its listing in June 2021, IPO investors have generated a total return of 89%, crushing the returns of the ASX and every major market over the same period.

Finally, we need to talk about one of the worst-performing IPOs in recent memory.

Contrary to the other companies on this list, this is a story of controversy and disappointment.

In November 2020, Australian security software firm Nuix Limited filed to raise $705.2 million in what would be the biggest IPO of the year. The company made its blockbuster debut on the ASX in December 2020 at an IPO price of $5.31 and jumped 50% to $8.01 by the end of the first trading day.

The frenzy continued for about a month, at which point the stock was trading at $11.86.

Unfortunately, the euphoria was short-lived. The stock soon came crashing down to earth after some particularly disappointing financial results. The financials were so poor that investors felt conned.

In November 2021, investors filed a class-action lawsuit, claiming that the ‘company’s prospectus and financial forecasts may have misrepresented or omitted financial information and potential risks, which was misleading and deceptive to investors and that the ‘inflated forecast ultimately cost shareholders hundreds of millions of dollars.

At writing, the stock is currently down 80% from its all-time high, but there may be hope for investors.

Last week, Nuix announced that Australia’s corporate regulators would not take any further action against the company, although ASIC did say it will continue its investigation as to whether board members are guilty of insider trading.